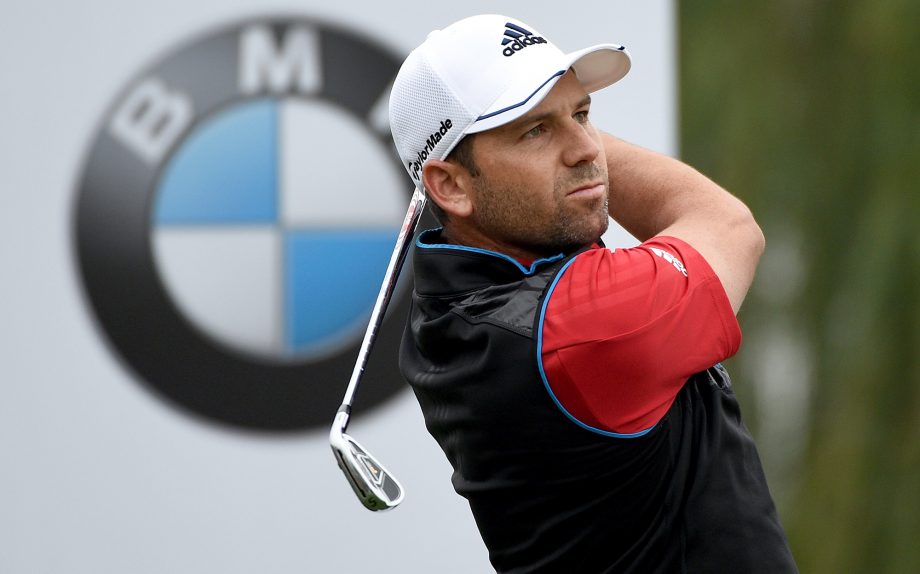 SHANGHAI – Sergio Garcia shot an 8-under 64 to take a one-stroke lead over the in-form Victor Dubuisson and An Byeong-hun after the first round of the rain-soaked BMW Masters on Thursday.

Garcia, who started his round on the back nine, made four birdies in his first five holes and added another five after the turn to offset one bogey.

Dubuisson, winner of the Turkish Airlines Open two weeks ago, and An each had seven birdies in blemish-free rounds and were tied for second.

Ross Fisher and Lucas Bjerregaard were another stroke back in fourth.

The BMW Masters at Lake Malaren Golf Club is the third of four events in the European Tour’s Final Series, ending in the DP World Tour Championship next week in Dubai.

Race to Dubai leader Rory McIlroy is skipping this week’s tournament, giving the players immediately behind him in the standings, including Danny Willett, Shane Lowry, and Louis Oosthuizen, a chance to make up ground.

Garcia, who is 30th in the standings but has decided not to play the World Tour Championship, equaled his best round on tour this year in a persistent drizzle that soaked the course and led to low scoring.

“I drove the ball very well and that gave me a lot of opportunities to hit some good iron shots,” Garcia said. “It was the kind of round that you’re looking for.”

Dubuisson picked up where he left off after his stirring win in Turkey.

“I feel so great, I feel so good on the greens,” the Frenchman said. “When I read the line good, the putt can only go in the hole, and you don’t have this feeling much of the time.”

Fisher, who had six birdies and no bogeys in his round of 66, almost didn’t play this week after receiving only a 10-day visa from the Chinese government before last week’s HSBC Champions in Shanghai.

He said he was turned away when he tried to extend the visa at the Shanghai Entry-Exit Bureau on Monday, but was finally successful after receiving an 11th-hour letter from local sports officials supporting the extension.

Paul Casey, who eagled the par-4 14th hole, Thongchai Jaidee, and Justin Rose were three strokes behind Garcia at 5 under, and a group of nine players was another shot back at 4 under, including Henrik Stenson, Ian Poulter, and 18-year-old Dou Zecheng of China.

Willett, who is just behind McIlory in the Race to Dubai standings and can overtake him this week by finishing in 28th place or better, was well off the pace after shooting even-par. He was in a tie for 48th.

“It’s a long four-week stretch, (and I’m) trying to stay fresh,” Willett said. “Regardless of what happens this week … if we win next week, we’re going to win the Race to Dubai.”