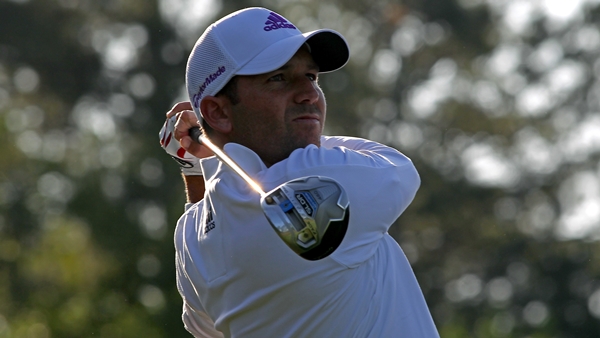 HUMBLE, Texas – Sergio Garcia surged to the top of the leaderboard by shooting a 7-under par 65 in the second round of the Houston Open on Friday.

The Spaniard’s 12-under overall score matches the 36-hole low at the 7,441-yard Golf Club of Houston, and he’s one shot ahead of Matt Kuchar – who is 11 under overall.

Garcia, opening on the back nine, climbed the leaderboard with a birdie-eagle-birdie stretch on his front nine. His eagle on No. 13 came after sticking his 282-yard second shot to 5 feet.

First-round co-leader Bill Haas followed his opening 65 with a 2-over 74 in gusty conditions. The other first-round leader, Charley Hoffman, fell to 3 under overall.

Phil Mickelson shot a 2-under 70 and is 6 under overall, six shots back of Garcia.

Graham DeLaet and Stephen Ames qualified for weekend play. DeLaet was 1-under Friday and sits tied for 27th at 3-under for the championship. Ames also carded a 1-under 71 Friday, he’s at 1-under and tied for 56th.