GAO’s team for Peru event is a family affair 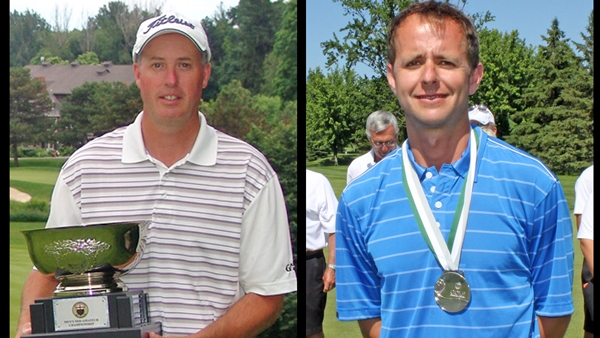 UXBRIDGE, Ontario – It is going to be a family affair for the Golf Association of Ontario’s (GAO) entry in the 2014 combined event in Lima, Peru – The Manuel Prado Cup (Team) and Carlos Raffo A. Cup (Individual), April 20-26.

This year the GAO will be represented by Dave Bunker, who will be playing in this event for the sixth time, and his son-in-law Michael Rutgers, who will make his first appearance.

“I wasn’t very happy last year, having to DQ myself after the first round. It was a long way to travel for that to happen. So, I’m looking forward to having some good things happen this year,” said Bunker. “This event is a really nice way to begin the competitive season. The golf course is a very strong test and the players are treated first class in every aspect during the tournament week.”

With the late start to the season, Bunker knows it is difficult to establish performance goals for the event, but he still has an idea of what he would like to achieve. “I’d like us to string together as many quality shots as possible and see where that takes our rounds. If both of us could manage to finish in the top 15 and we could get the team into the top five, then I think that would be a good week.”

As for Rutgers, 29, he was selected for the competition after top-ranked Mid-Am Garrett Rank declined the invitation. Rutgers was the third ranked 2013 Mid-Am in the province. He resides in Windsor and is a member of Erie Shores Golf and Country Club. Rutgers is a former pro that got his amateur status back before the 2013 season and went on to finish second at the Mid-Am last season. For Rutgers, it is all about taking advantage of the opportunity.

“I consider the opportunity to represent Ontario in Peru a privilege and am very excited to head to South America for the first time,” said Rutgers. “It will be a fun and great experience not only to visit a foreign country but also to compete against some of the best amateurs in the world.”

Rutgers is not only excited about the opportunity but also with the fact that he will be playing with his father-in-law.

“Playing with Dave is always a great experience. We always enjoy playing together, competitive rounds included. Dave has prepped me for Peru as best he can, offering his own personal experiences, hints and tips for managing the course. He is an excellent resource and always ready to help me prepare. Also, knowing that he has been there before is comforting, being that this will be my first time playing in this particular tournament.”

“I think we’ll make a great team,” said Bunker. “We have played together many, many times and know each others’ games as well as we know our own.”

The event, sanctioned by the Peruvian Golf Federation, is hosted by the Lima Golf Club and has been running since 1988. The tournament is open to players with three or less handicaps and draws amateur golfers from all across the Americas and Europe. The players will have two practice rounds (April 21-22) before the first of the four rounds begins on April 23.

The team competition takes the two members scores over the four days and the lowest aggregate is the winner. For the individual competition, the lowest score after 72 holes is declared the winner.

For more information on the event or for round by round results, visit www.limagolfclub.ore.pe.