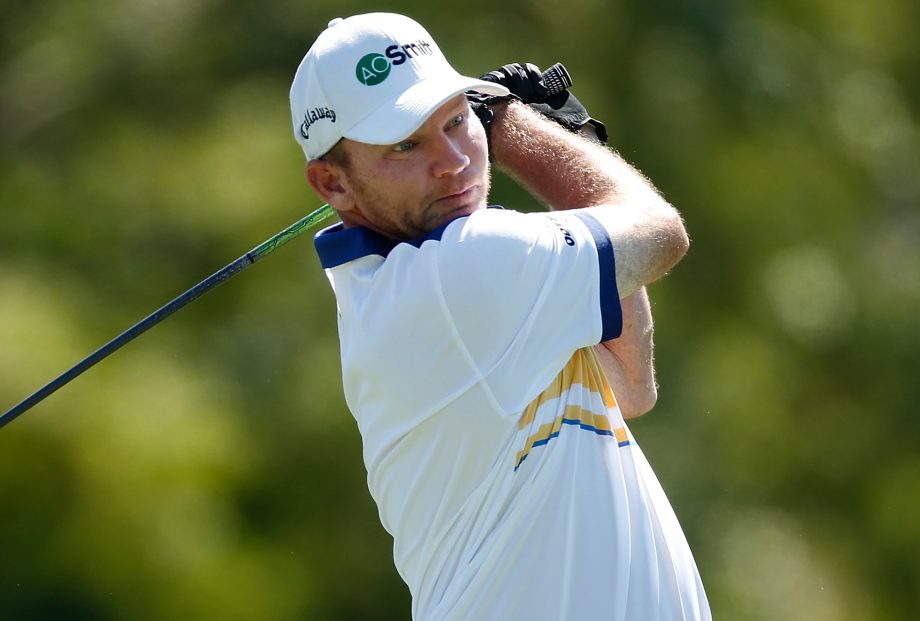 Gainey had an eagle, six birdies and two bogeys at Sycamore Hills. He’s coming off a third-place finish in the regular-season finale in Portland, Oregon.

“I made a lot of putts today,” Gainey said. “I’ve been hitting it good for a while now, but was able to make some putts on the last day in Portland and carried it over to today.”

Grillo had six birdies in a bogey-free round.

“There’s no wind out there,” Grillo said. “The conditions were perfect out there today so there was no reason not to play well.”

The four-event series features the top 75 players from the Web.com Tour money list and Nos. 126-200 in the PGA Tour’s FedEx Cup standings. The top 25 players on Web.com regular-season money list earned 2015-16 PGA Tour cards. They are competing against each other for PGA Tour priority, with regular-season earnings counting in their totals and the final leader getting a spot in The Players Championship. The other players are fighting for another 25 cards based on their earnings in the series.

Gainey was 35th on the Web.com Tour money list. He won the PGA Tour’s 2012 McGladrey Classic.

Grillo is a non-tour member who earned enough money in five PGA Tour starts to have placed in the top 200 in the FedEx Cup standing had he been eligible to receive points. He had a playoff loss in the PGA Tour’s Puerto Rico Open in March.

India’s Anirban Lahiri, a member of the International Presidents Cup team, had a 69.

“I think I hit it decent, but I wasn’t very good off the tee,” Lahiri said.

Ottawa’s Brad Fritsch opened with a 1-under 71 for a share of 51st place while fellow Canadian Roger Sloan of Calgary carded a 74.