Gail Graham and the late A.V. Macan to be inducted into the Canadian Golf Hall of Fame 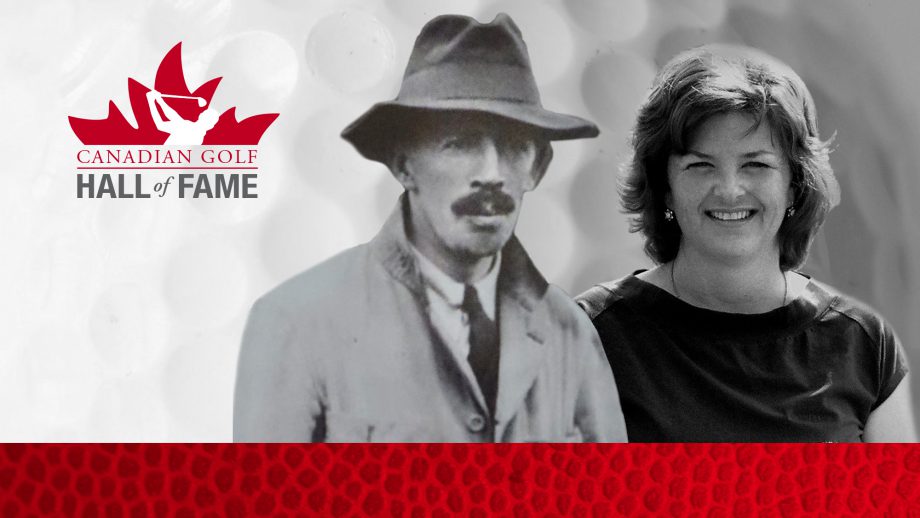 Graham will be inducted in the player category while Macan will be inducted as a builder for his career accomplishments in golf course architecture. With their inductions, the pair become the 80th and 81st honoured members of the Canadian Golf Hall of Fame.

“The Canadian Golf Hall of Fame recognizes the accomplishments of outstanding individuals and their tremendous impact on the game of golf and it is an honour to welcome Gail Graham and the late A.V. Macan as our newest honoured members,” said Sandra Post, Chair of the Hall of Fame’s Selection Committee. “Gail was both an accomplished player who transitioned to a successful post-playing career as a tournament and LPGA administrator while Macan’s deep contribution to golf course design including notable redesign efforts have become synonymous with excellence in golf course architecture.”

“I am, to say the least, blown away, excited and humbled,” said Graham. “I admire and respect all of the Hall’s members and to join these amazing people who have contributed so much to Canadian golf is an absolute honour.”

With his induction, Macan, who was affectionately referred to as “Mac”, becomes the 5th golf course architect inducted into the Canadian Golf Hall of Fame.

“Mac was my grandfather and although I never had the pleasure of meeting him, I feel he is a part of our lives even today,” said Matthew Macan, one of Macan’s seven grandchildren. “This is a tremendous honour for our family and we look forward to making the trek from Britain to join you in Canada for the ceremony later this year.”

The induction of Gail Graham and the late A.V. Macan into the Canadian Golf Hall of Fame will take place on Tuesday, July 24th, 2018 during Hall of Fame Day and Opening Ceremony of the 2018 RBC Canadian Open on the grounds of Glen Abbey Golf Club in Oakville, Ont.

Born January 16, 1964 in Vanderhoof, B.C., Gail Graham (nee Anderson) was an accomplished amateur and professional golfer who went on to succeed off the course as an executive and broadcaster.

During her accomplished playing career, Graham, a member of the LPGA Tour for 15 years from 1990-2005, amassed a pair of LPGA Tour victories—the 1997 Alpine Australian Ladies Masters and the 1995 Fieldcrest Cannon Classic. Other professional victories included the 1988 Manhattan Futures Classic on the (former) Futures Tour along with the 2016 Wendy’s Charity Classic on the Legends Tour. Graham also won the 1988 PGA of Canada Women’s Championship and competed in Canada’s National Women’s Open (now the CP Women’s Open) on 17 occasions, her best finish a tie for 4th in 1998.
Internationally, she helped Canada win the 1987 Commonwealth Championship and represented her country at the Handa World Cup (2009-2013) and Nations Cup (1999-2000).

As a standout amateur with ties to British Columbia and Manitoba, Graham got her start in golf at the St. Charles Country Club in Winnipeg. She won the 1982 Manitoba Junior Women’s Championship, a pair of Manitoba Women’s Amateur titles (1983 & 1985) and was named Manitoba Amateur Golfer of the Year in 1983. She also represented Manitoba on several junior and amateur interprovincial teams during her amateur career. In 1986, her family moved to Kelowna, B.C. and she would later be named to represent Canada on the 1986 World Amateur Team. She also represented BC on provincial amateur teams in 1986 and 1987 and was named an All-American in 1986 playing for Lamar University in Beaumont, TX (where she was teammates with fellow Canadians Jennifer Wyatt and the late Dawn Coe-Jones, a fellow honoured member of the Canadian Golf Hall of Fame).

Aside from her playing career, Graham also achieved success as a golf executive, administrator and broadcaster having served on the LPGA Executive Committee (1994-1997 & 1999-2002) including a two-year term as President (2001-2002). She also worked as President of the LPGA Tournament Owners Association (2007-2013) and has served on the Board of the Legends Tour since 2016, being named their 2018 President. Graham has also worked with various outlets as a broadcaster and greenside reporter for the LPGA Tour.

Born 1882 in Dublin, A.V. Macan’s contribution to Canadian golf is deeply rooted in defining excellence in Canadian golf course architecture.  Macan learned golf at a young age and soon developed into one of Ireland’s top players. While studying law at Dublin’s Trinity College, Macan competed in top-flight championships throughout the British Isles. It was during this time he would visit many highly touted golf courses in England, Scotland and Ireland, gaining inspiration for the much-admired courses he would later design.

In 1908, he emigrated to Canada with his young family. By 1910, he had settled in Victoria and joined the Victoria Golf Club. Macan won the B.C. Amateur in 1912 & 1913. In 1913, he also won the Pacific Northwest Amateur and the Washington State Amateur Championships.

Macan’s architectural career was launched in earnest when his 1913 design at Colwood (now Royal Colwood), in Victoria hosted the 1922 Pacific Northwest Golf Association championship. Reportedly, Colwood was a hit among competing golfers and soon after, Macan was accepting offers to design courses throughout the region.

In his early 30s, Macan volunteered for service in World War I in 1916 as an officer in the Canadian Expeditionary Force of the Canadian Army. He was wounded by a shell casing fragment in 1917 at the Battle of Vimy Ridge in France. Blood poisoning in his left foot resulted in the amputation of his lower left leg. After the war, he returned to Canada and continued to play competitive golf and design golf courses.

Macan also invented the Herringbone drainage system which eliminated the accumulation of water around, on and under the putting surfaces which was an important development in dealing with the west coast rainy weather.

In 1964, at the age of 82, A.V. Macan succumbed to a heart attack while redesigning Sunland Golf Course in Washington. In 1989, he was Inducted to the Pacific Northwest Golf Association Hall of Fame.