Fun is Par 3 for the course at annual Masters prelude 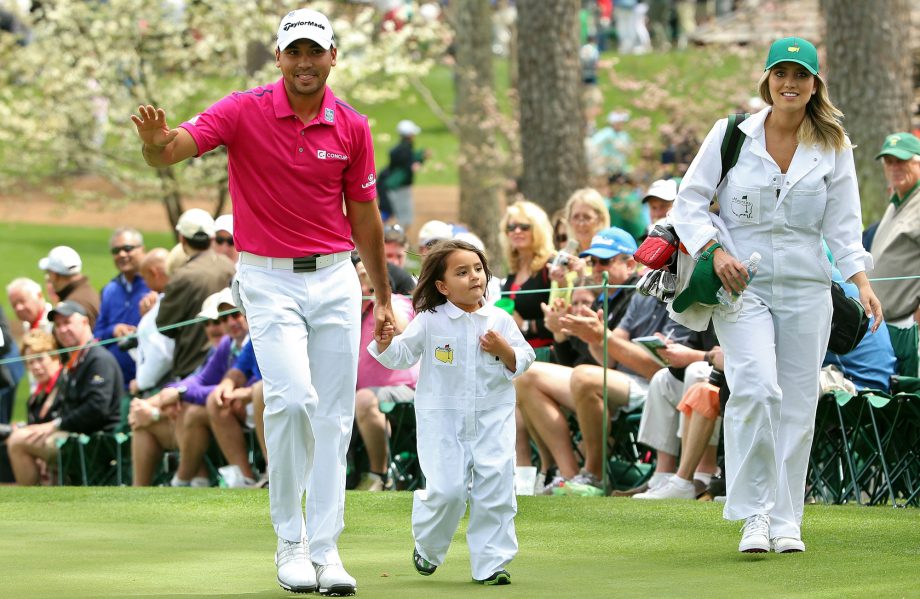 AUGUSTA, Ga. – Jason Day didn’t have time to ponder his putt as he clambered up a hill to the first green at Augusta National.

He was too busy keeping his “caddie” moving.

“You’ve got it, you’ve got it,” Day said, urging his son along. Three-year-old Dash Day made it to the top and through all nine holes at the Masters’ annual, mostly-for-fun Par-3 contest. So did Daddy and Mommy.

The event is a fun tradition like no other – at the Masters, at least. Once the actual tournament begins Thursday, the easy laughs, juvenile hijinks and friendly exchanges with fans often only a few feet away on the nine-hole short course will be replaced by the grind of competition.

But this is about fun.

For the record, Jimmy Walker won the competition with an 8-under 19, including a hole in one on No. 2. Craig Stadler, the 1982 Masters champion, and Keegan Bradley tied for second at 5 under. The field is comprised of Masters competitors, past champions and honorary invitees.

Most players had their wives and/or kids carrying their bags in an event that’s been around since 1960 and is popular enough to draw big galleries and a TV audience.

Dash accompanied Day and wife Ellie throughout the round, even if he couldn’t actually carry the bags. Both sported the white jumpsuits with “DAY” on the back. Day quickly headed to slap hands with his son to celebrate that first putt going in.

For a few hours, Day wasn’t the No. 1 golfer in the world and a Masters favourite.

He was just Daddy.

“It was so fun,” Ellie Day said, with Dash calling for “Daddy” from a nearby golf cart. “It’s funny, because we almost didn’t do it. We almost didn’t have Dash come out today because last year he was 2-1/2 and it was a million degrees. And he was kind of crazy.

“But he was so good. He never gets to actually see Jason play golf, so he got to actually be right there. He was like, ‘I want to watch him. Let go of my hand.’ He just wanted to watch Daddy. It was so fun.”

There was good golf, too. Fans gleefully celebrated nice shots and even bantered with players who were often more laid-back and chatty than during a tournament round.

Justin Thomas aced the fourth hole, one of nine holes in one. Not to be outdone, so did playing partner Rickie Fowler moments later.

Webb Simpson closed his round with a finishing hole in one on No. 9. OK, it wasn’t as glorious as a victory-clinching finale on Sunday. Still cool, though.

“It’s just always been a miniature dream to have a walk-off hole in one,” Webb said. His caddie was longtime swing coach Ted Kiegiel, a former Augusta National staffer who first brought a 12-year-old Webb to play the course.

There were a lot of things fans won’t see on Sunday.

Justin Rose took a selfie with his children Leo and Charlotte, two fans he was more than happy to pose with in the middle of a round.

Little Caleb Watson carried one of his Daddy Bubba’s clubs, that was about as tall as him. Dash Day walked along the ropes giving high-fives to fans on the final hole.

And as usual some players allowed their caddies or kids to putt out on 9. It’s a fun way to close out the competition, and it nullifies their scorecard so they can’t win the competition. And since no Par-3 winner has ever won the Masters, some superstitious golfers don’t want to take any chances.