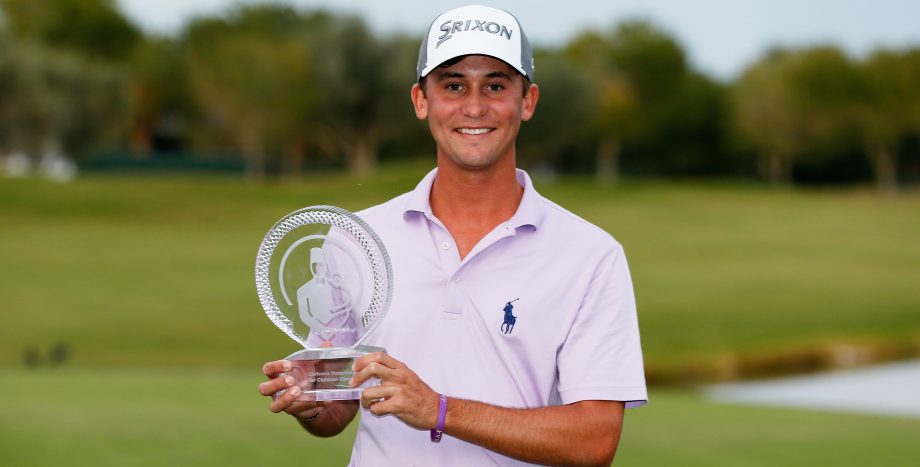 LAS VEGAS – Smylie Kaufman won the Shriners Hospitals for Children Open on Sunday in his fifth PGA Tour start, shooting a 10-under 61 and waiting more than two hours while rival after rival fell short.

Na, coming off playoff loss last week to Emiliano Grillo in the season-opening event in Napa, California, made a 25-foot birdie putt on the par-5 16th to tie for the lead, but bogeyed the par-3 17th after flubbing a chip, and missed a 15-foot birdie try on 18.

Stegmaier had the last chance to force a playoff, but hit his approach on 18 into the left fringe and came up short on a 20-foot birdie try.

Kaufman became the second straight rookie winner on the tour, earning $1,152,000 and a spot in the Masters. The 23-year-old former LSU player from Birmingham, Alabama, began the year with no tour status, won a Web.com Tour event in May and earned a PGA Tour card with a high finish on the money list.

William McGirt and Chad Campbell tied for eighth at 14 under. McGirt had a 62, going 9 under in a nine-hole stretch that ended with an eagle on the par-5 16th. Campbell had a 68.

Rickie Fowler finished with a 68 to tie for 25th with Canada’s David Hearn and Nick Taylor at 9 under. Jimmy Walker, playing alongside Na in the second-to-last group, had a 78 to fall into a tie for 50th at 4 under.