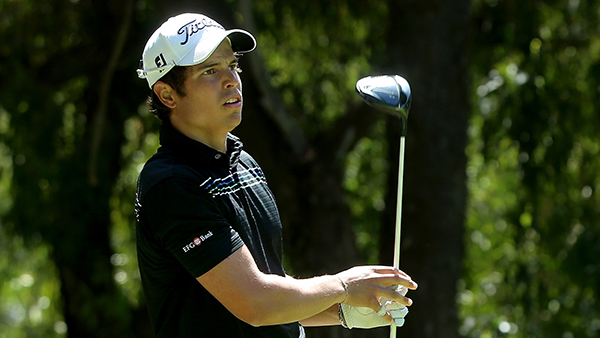 AGADIR, Morocco – Frenchman Adrien Saddier opened with an eagle and added five birdies in a 7-under round of 65 to lead Englishman Daniel Gaunt by one shot after the first round of the Trophee Hassan II on Thursday.

Gaunt could have gone back to the clubhouse level with Saddier, or better, but bogeyed the 18th after birdies on the three previous holes.

“I was very grateful to get an invite to play here. This place is just unbelievable,” said Saddier, who missed the cut at the South African Open in January. “It was a great start and I kept it going.”

Saddier hopes a strong showing at Hassan II can kickstart his career.

“If I could get a win it would change my schedule, as at the moment I’m playing on the Challenge Tour,” he said. “It’s almost my best round. I shot 64 in Qatar last year, which was 8 under.”

Coetzee and former champion Marcel Siem of Germany need to win to claim a place in the Masters in two weeks.

“Augusta is on my mind obviously,” said Coetzee, who won the Tshwane Open on his home course in Pretoria two weeks ago. “I’m happy with my start. It looks better than it felt.”

Coetzee had seven birdies but was undone by a double bogey on the eighth.

Siem, one of nine players at 4 under, eagled the 15th and also bogeyed the last.

He wants to avoid a repeat of two years ago. Then, he led the Hassan II from start to finish, looked to have done enough to climb into the top 50 ranks and secure a first appearance in the Masters, only to miss out by .003 points.

“I won here two years ago and it still wasn’t enough, which was horrible,” said Siem, who had five birdies and two more bogeys. “I can make enough birdies so I just need to avoid the mistakes.”