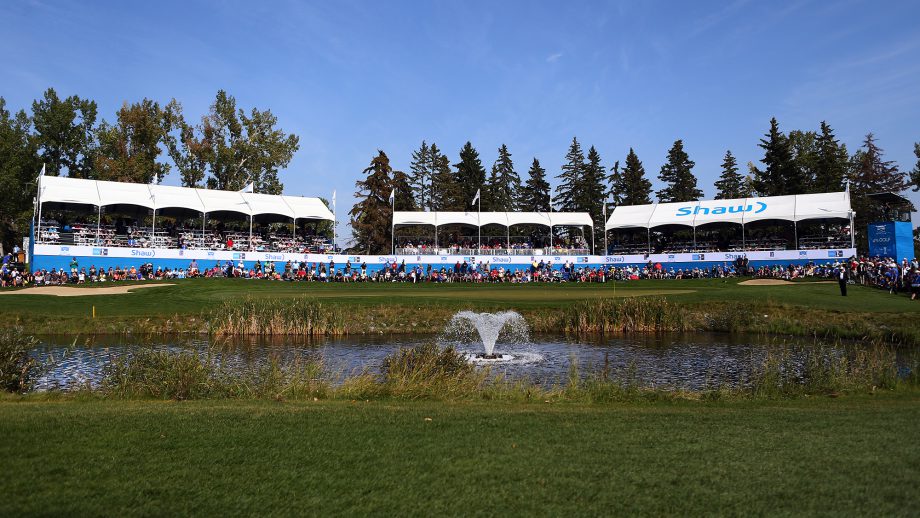 CALGARY—Fred Couples and John Daly are coming back to Calgary and bringing with them the top rookie on the PGA TOUR Champions, Padraig Harrington,  for the 10th anniversary celebrations at the 2022 Shaw Charity Classic presented by Suncor, August 1-7.

The trio of major winners – Fred Couples (1992 Masters), John Daly (1995 Open Championship, 1991 PGA Championship), and Padraig Harrington (2008 PGA Championship; 2008, 2007 Open Championship) – are the first to add their names to the tee sheet when the PGA TOUR Champions’ lone Canadian stop makes a full return after operating under a modified structure and ticket price in 2021. The 10th-anniverary of the award-winning community event will feature a string of special events and activities for Calgary golf fans to enjoy for as low as $10.

Couples is the first World Golf Hall of Famer to commit to returning to Calgary.  A crowd favourite since the tournament’s inception in 2013, Couples won the 2014 event in thrilling fashion after a career-best final round 61 that included a chip-in eagle on the 54th hole. Boom Boom got sized up for a white cowboy hat after winning the first playoff hole over Billy Andrade.

“Calgary has been a very enjoyable place for me. I have always said, as long as I’m healthy I plan on coming here every year,” said Couples, who has 13 victories on golf’s senior circuit. “The people at Shaw are incredible. The crowds are huge. The course is always in great shape, and I feel like I play it well. There is nothing more a player could ask for. I look forward to getting back and participating during this special year for the tournament.”

A winner of 15 PGA TOUR events, the smooth swinging bomber is remembered most for his 1992 triumph at the Masters Tournament. Once graduating to the senior swing, he made an immediate statement. Finishing second in his first start, he went on to win his next three events, becoming the first player ever to win three of his first four tournaments. Couples has two major championship victories on the PGA TOUR Champions: 2011 Senior Players Championship, and The Senior Open Championship in 2012.

It will be a family affair when Long John Daly makes his first return to the Shaw Charity Classic since his lone appearance in 2016. The two-time major winner will be travelling to Calgary along with his son Little John who will be caddying after recently completing his freshman year playing golf at the University of Arkansas.

One of the most colourful characters in professional sports, Daly is a two-time major champion, a winner of five PGA TOUR titles and one PGA TOUR Champions title who is adored by golf fans around the globe.

The story of how golf’s “Wild Thing” burst onto the international scene never gets old. It was nearly 25 years ago when John Daly was the ninth and final alternate of the 1991 PGA Championship. A 25-year-old rookie, Daly drove halfway across the country the night before his first round at Crooked Stick Golf Club where he eventually went out and won the golf tournament – not to mention legions of fans around the world with his booming drives, deft short game and fearless approach to the game. He backed that up by winning the 1995 British Open at the Home of Golf in St. Andrews.

“I’ve always said I’ve got the greatest fans in the world, and Calgary is no different. No matter what, through thick and thin, they’ve always stuck by me,” said Daly. “This tournament always has huge galleries. There is nothing better than getting it going and having the fans get loud and crazy. That’s just the way I like them so I’m looking forward to getting up to Canada with Little John, and hopefully give the fans something to get loud about.”

Daly and Couples will have to fend off the top name in the PGA TOUR Champions’ rookie class for 2022, Padraig Harrington.

A three-time major winner, Ireland’s Padraig Harrington brings 31 victories worldwide with him to the Shaw Charity Classic. Not only was Harrington the first player from Ireland to win the Claret Jug in 60 years (2007), he was the first European to successfully defend his British Open title in nearly a century the following summer (2008).  A six-time Ryder Cup European Team Member added his third major title to his resume when he also won the 2008 PGA Championship which brought him to third in the Official World Golf Rankings.

“I really enjoy it (playing on the PGA TOUR Champions). I was shocked. I’m substantially longer than the field and yet I got lapped in the first two events,” said Harrington. “These guys were just running by me. I played with Bernhard [Langer] and he made me look like an amateur golfer. It was a lesson for me. If I want to go out there and beat these guys – just because you hit it past them ain’t going to do it. You have to be very good with your wedges and very good with your scoring.”

Three of the biggest names in golf are sure to help tournament officials make a continued impact in supporting the more than 260 youth-based charities benefitting from the Shaw Birdies for Kids presented by AltaLink program. Donations can be made by visiting www.shawcharityclassic.com/donatenow.

“Fred Couples, John Daly and Padraig Harrington are three of a handful of players in professional golf who are needle movers,” said Sean Van Kesteren, executive director, Shaw Charity Classic. “Sport is entertainment, and these guys are exactly who fans of any sporting event want to come out and see. They are extremely talented. They still hit the ball a mile, and are colourful characters who are sure to entertain both with their play and while interacting with our loyal fan base.”

Single-day General Admission tickets for tournament play August 5-7, 2022, that are purchased in advance for the award-winning tournament will cost $10 while upgraded Clubhouse tickets purchased in advance will be only $30 (plus GST and fees). Juniors 12 and under are admitted FREE when accompanied by a ticketed adult. The deadline to purchase advanced tickets is July 31, 2022, at 11:59 PM MT. The RBC Championship Pro-Am (August 3-4, 2022) will also be FREE for spectators to attend.

Limited quantities of advance General Admission and Clubhouse tickets are available for purchase at www.shawcharityclassic.com.