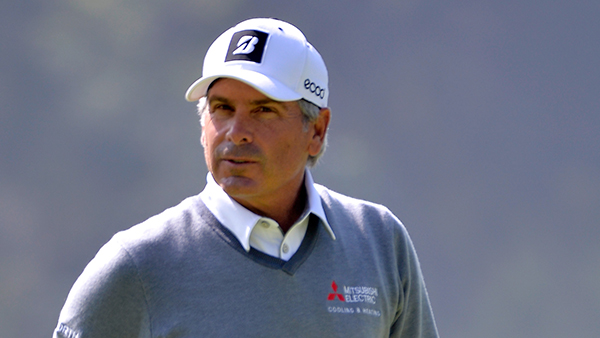 Kicking off the summer, the Nova Scotia Open returns to Ashburn Golf Club – New Course from July 2 – 5. One of 25 stops on the Web.com Tour, the Nova Scotia Open features a field of 156 international golf stars vying for a $650,000 purse and a season long chance to earn one of 50 available PGA TOUR cards next season. The event will also feature an 18-hole pro-am on Tuesday, June 30.

The RBC Canada Cup will take place on Monday, July 6, the day after the Nova Scotia Open concludes in a Team Canada vs. Team World battle for international bragging rights over 18 holes. With Weir, DeLaet and Hearn confirmed for Team Canada, and all-star Fred Couples headlining Team World, fans will have the opportunity to see some of golf’s biggest legends. Both Team Canada and Team World will be joined by a top player from the Web.com Tour’s Nova Scotia Open, rounding out a team of four per side. Previewing the matches, fans are welcome to get an up-close and personal look at the players during the morning 9-hole RBC Canada Cup Pro-Am.

“We’re thrilled to once again host this exciting event, and to be able to bring PGA TOUR and Web.com Tour level excitement to golf fans in Atlantic Canada,” said Roger Howard, RBC Regional President, Atlantic provinces. “With three of our Team RBC ambassadors – Mike Weir, Graham DeLaet and David Hearn – participating once again, the RBC Canada Cup and the Nova Scotia Open will be a treat for supporters of Canadian golf.”

Adored by fans around the globe and affectionately referred to as ‘Freddy’, Couples has an impressive resume. A member of the PGA TOUR for the past 33 years, The Masters and two-time THE PLAYERS Champion has recorded 15 PGA TOUR victories, is a two-time PGA TOUR Player of the Year, Vardon Trophy Recipient, five-time Ryder Cup player and five-time Presidents Cup Team USA player. After a long and successful career on the PGA TOUR, Couples also found success when he joined the Champions Tour in 2010, notching eleven victories, including two major championships.

“I am excited to be part of the RBC Canada Cup and look forward to visiting Halifax this summer,” said Couples. “I’m sure Canadian fans will cheer loudly for Team Canada and I look forward to playing in the international atmosphere as part of Team World. I anticipate a great competition and exciting experience for fans.”

The only Web.com Tour event on Canadian soil, the Nova Scotia Open serves as a homecoming for several Canadians. Last year, 20 Canadians played in the 156-man field, including Nova Scotia Open champion Roger Sloan. After Saturday’s third round play was suspended due to weather, players took to the course for 36 holes on Sunday. Down the home stretch, Sloan needed a par on the 72nd hole to force a playoff with Derek Fathauer. Sloan would force a playoff and eventually edge out Fathauer on the first playoff hole. As Sloan picked the ball out of the hole, thousands of fans proudly sang ‘O Canada’ for the homegrown champion. The Nova Scotia Open helped pave the way for 15 players, including Sloan, to secure a 2014-2015 PGA TOUR card.

“I was beyond thrilled to win my first Web.com Tour event in Halifax, at the Nova Scotia Open, last year,” said Sloan. “Halifax is where my Canadian heritage began many years ago when my great grandfather emigrated from Holland through Pier 21. With the win, it is now also the place where my PGA TOUR career started. Halifax and the province of Nova Scotia will always have a special place in my heart both on and off the golf course.”

As a community event, the Nova Scotia Open is infused with local culture, cuisine and musical traditions.  “Last year’s tournament at Ashburn Golf Club – New Course was the highlight of the golf season in Halifax, showcasing our beautiful city to golf fans from around the world,” said Mayor Mike Savage. “This July’s Nova Scotia Open and RBC Canada Cup will build on that success and see our city cemented as an excellent golf and travel destination.”

Over 25,000 spectators attended the inaugural Nova Scotia Open and RBC Canada Cup. The event brought the host region an estimated $4 million in net economic activity along with 3.8 million viewers that tuned into Golf Channel’s four-day coverage of the Nova Scotia Open.

“Events attract many first-time visitors to Nova Scotia and, once here, those visitors travel more throughout the province,” said Economic and Rural Development and Tourism Minister Michel Samson. “We’re excited to work with the Web.com Tour to build our sport tourism opportunities for the province. Sport tourism is Canada’s fastest growing tourism sector, bringing $5.2 billion to our national economy. We’re excited to continue to bring some of that business to Nova Scotia.”

Event organizers also announced that tickets are now on sale and can be purchased through Ticket Atlantic and at novascotiaopen.com. Tickets prices begin at $17.50 for the Nova Scotia Open and $110 for the RBC Canada Cup. All proceeds from Nova Scotia Open daily ticket sales will go directly to the official charity partner. All-event passes are also available.