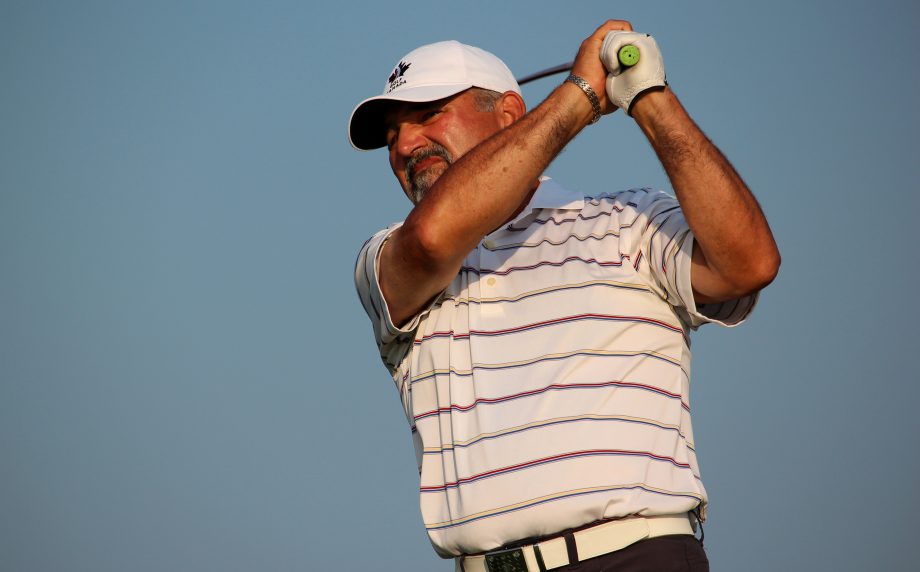 NIAGARA FALLS, Ont. – An unrelenting heat continued to envelop the Grand Niagara Golf Club during the second round of the Canadian Men’s Senior Championship. A trio of Albertans emerged victorious in the inter-provincial team competition, while John Gallacher claimed the Super Senior national title.

Camrose, Alta., native Frank Van Dornick began the day with a share of 19th, but vaulted up the leaderboard with six birdies on the day, including four across a bogey-free back nine, en route to a 4-under 68.

“My round was fairly steady,” said Van Dornick. “I haven’t been hitting it very well, so I was just trying to manage the golf course as best I could. Today, I hit a lot of decent irons, I actually made a lot of putts, and that was the difference.”

The performance propelled Team Alberta to a nine-stroke victory after entering the day two shots back of Manitoba. Teammates David Schultz of Calgary and Brian Brown from Nanton carded rounds of 1-under and 2-under, respectively. Team Manitoba claimed second, while the squad representing British Columbia came third.

“Historically, we’ve been in the hunt, but we don’t always win, of course,” reflected Van Dornick. “When we do, it’s always very special. This is Brian’s first year and David and I go back 25-30 years, so I’ve known David an awfully long time. I think it was really nice for Brian to not only be a part of this, but also play as well as he has to date. I think you’ll see a lot more of Brian in the future.”

Van Dornick was pensive when asked about his fellow competitors and the unique nature of this national championship.

“A lot of these guys, we’ve gone through illnesses together; we know what everyone’s had in the past. The ones that have survived and can continue to compete and still find joy in the competition, they’re the ones we still see. Our hats are off to the ones that are unable to do that for health reasons. We’ve made a lot of friends nationwide as a result of these competitions and all of these friendships are very special.”

At 2-under 142, Van Dornick holds a share of second alongside first-round leader Michael Mercier of Juno Beach, Fla., and Garth Collings of Matlock, Man. The trio trails Las Vegas native Brady Exber by a single stroke. The 60-year-old Exber is playing in his third consecutive Canadian Men’s Senior Championship with his best finish being a runner-up result in 2014.

A total of 77 players finished 155-or-better to advance to the final two rounds of the Canadian Men’s Senior Championship. The winner will receive an exemption into the 2016 U.S. Senior Amateur championship to be contested at Old Warson Country Club in St. Louis, Mo., from September 17-22.

The third day of competition will begin with groups teeing off Nos. 1 and 10 at 7:30 a.m. ET. Additional information from the championship can be found here.