Four tied atop leaderboard at Live and Work in Maine Open; Svensson T9 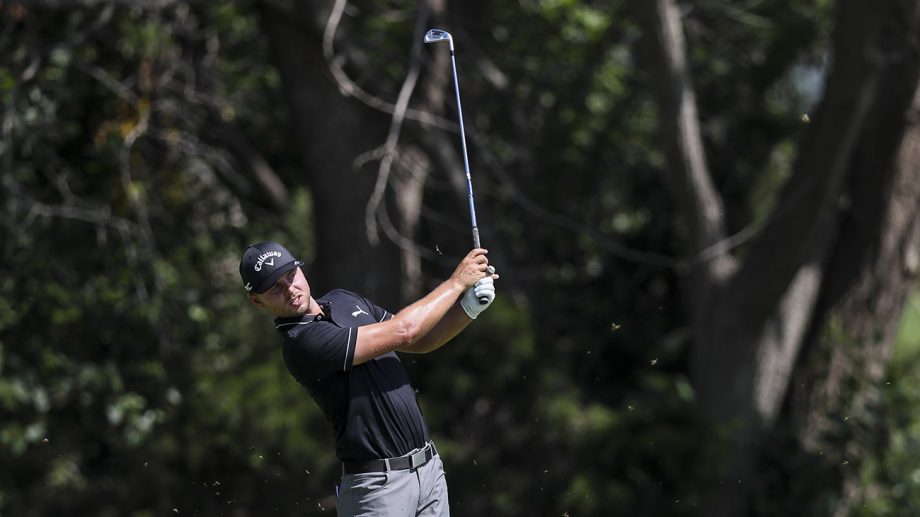 FALMOUTH, Maine – Steve LeBrun, Brett Stegmaier, Brent Grant and Jim Knous each carded opening- round 7-under 64s to co-lead after the first round of the inaugural Live and Work in Maine Open. The quartet leads 57 players under par entering the second round at Falmouth Country Club.

Stegmaier, a 37-year-old who grew up in nearby Connecticut, entered the week just 134th in the points standings with two top-25s and no top-10s in 28 starts. Similarly, Steve LeBrun entered the week without a top-25 finish this season and 149th in the points standings. The 43-year-old from southern Florida turned professional in 2000 and was honest when asked about his standing with only six events remaining in the Korn Ferry Tour season.

“It’s been a brutal year or two years; I’m not going to lie,” said LeBrun. “But I’ve been preparing for a week to win, whether it’s here or on the PGA TOUR, for a long time. It’s been a lot of years. I’ve been off and on this Tour since 2004. You’d like to think that all of the stuff that you’ve gone through would prepare you for that time when you have a putt on the last hole.”

In contrast to Stegmaier and LeBrun, 25-year-old Brent Grant is in the midst of his rookie season on the Korn Ferry Tour. He entered the week off of back-to-back top-10 finishes, but those finishes sandwiched a five-week break to rest an aggravated wrist injury.

With a 64, Knous carded the lowest round in the afternoon by two strokes. The Colorado School of Mines alum birdied two of the three toughest holes on the course (Nos. 2 and 8) to reach 64.

“I made probably four or five putts in that 10-15-foot range, a few long two putts, and then I made a bomb on No. 2,” said Knous. I think that was 40 feet and it was one of the hardest holes on the course, so that’s a plus.”

Adam Svensson of Surrey, B.C., shot a 4-under 67 and is tied for ninth. Taylor Pendrith of Richmond Hill, Ont., and Ben Silverman of Thornhill, Ont., both shot 69’s and are tied for 27th.