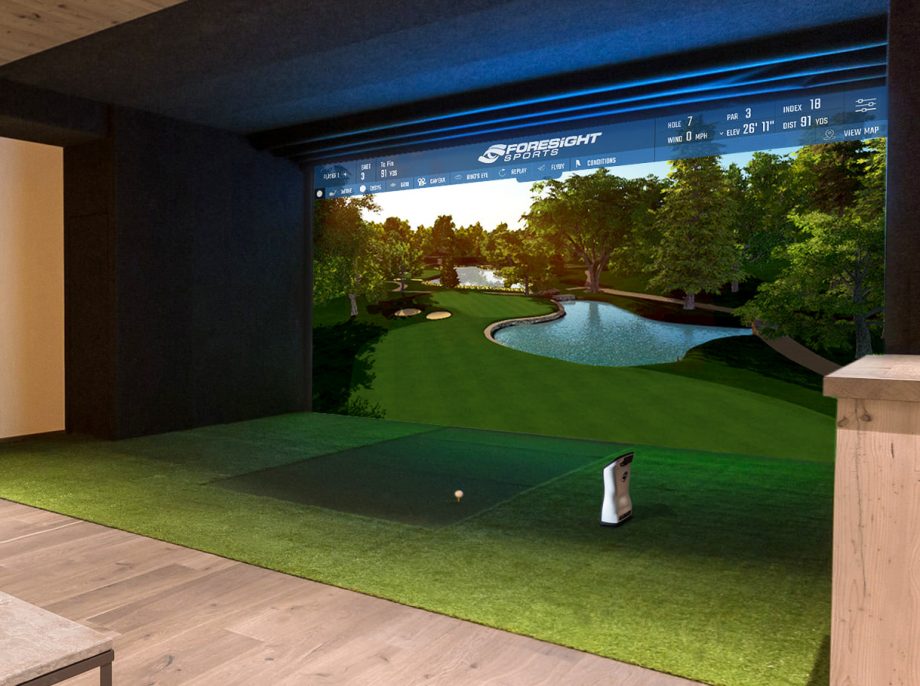 <![CDATA[A quick walk of the driving range at any PGA Tour event and you’ll see quickly that Foresight has become the go-to launch monitor brand for the best golfers in the world. But look to Golf Canada’s National Team and you’ll see the same product, along with the garages and basements and spare rooms of so many Canadians who are eager to lean on some of the top launch monitor technology in the game to play their best, make data-driven decisions, and, oh yes, have fun. “We’ve gone from being the ‘alternative’ to the ‘choice’ which is awesome,” says Aaron Hardy, the Canadian distributor for Foresight Sports. “COVID helped a lot of people decide to purchase a golf simulator, and that flowed through to the golf courses as well. “We have lots of new golf courses in Canada onboarding Foresight products into their coaching, their fitting, their member entertainment in both summer and winter seasons which is amazing.” <h3]]&gt;<strong>FORESIGHT AND GOLF CANADA Hardy says Foresight’s partnership with Golf Canada is a perfect fit. The company’s goal, first and foremost, is to reflect the fact that it’s a performance solution. The country’s top coaches and its top amateur players are using the Foresight product to get better.

“They’ve been great partners in moving our business forward and we enjoy the fact our product moves their coaching and their programs forward as well,” says Hardy.

Look no further than Women’s National Team Coach Tristan Mullally’s own garage for an example of where Foresight can help work meet play. Mullally, a long-time leader with Golf Canada, is also pretty handy. He built most of the system where a Foresight unit is installed himself, turning part of his garage into a little room where he could do online coaching with the team, have fun with his family, and post videos to social media.

“It’s just allowing him to do a lot of great stuff,” says Hardy. “It was a fun set up. It was great to work with him and we always are able to have fun and work at the same time.”

Even if you’re not one of the top golfers in the country you’re still able to take advantage of everything that Foresight has to offer for in-home or at-course solutions. Last year Foresight launched its GC Hawk product, which is a ceiling-mounted device. That’s been a huge success in Canada, Hardy says, thanks in part because it allows golfers who are both left and right-handed to switch off easily. Previous models of the product forced golfers who were of opposite hands to pivot the device before hitting a shot. But that is no longer. Foresight’s product is superior because it helps measure the launch window before a shot is struck – of both the ball and the club independently of one another.  The data provided by Foresight allows golfers to analyze their true club delivery and helps to see their true ball-flight measurements without the effects of wind or weather.

“It’s a perfect snapshot into the launch window,” says Hardy.

But while you may sometimes get overwhelmed by numbers, Hardy says that the company’s big objective is still for people to have fun.

With the GC Hawk, Foresight has added the ability to provide data on a ton of different sports including baseball and soccer. It will also be adding hockey soon, meaning there will be a lot more in the multi-sport realm for the GC Hawk. It has also released a new software model called the FSX Pro, which is a coaching platform.

The cool thing about the FSX Pro software suite is that a lot of it has been developed with input from Canadians including coaches Liam Mucklow and Ralph Bauer, short-game guru Gareth Raflewski, and club expert Ian Fraser.

“We have a really strong, Canadian component for anything that Foresight is developing which is pretty awesome,” says Hardy. “I can’t think of a lot of other companies that include Canadian talent. We’ve got some smart guys and it’s great that Foresight gives them a microphone.”

Part of the FSX software suite also allows golfers to play simulator golf on some of the world’s top courses. Glen Abbey, the iconic RBC Canadian Open venue, was the most recent Canadian track added to the system. Fellow ClubLink course Rattlesnake Point will be added soon along with Westmount Golf and Country Club in Kitchener, Ont. There will be upwards of 14 Canadian golf courses says Hardy including (“hopefully,” he says) a few mountain courses in Alberta and B.C., plus the potential for Cabot, too.

“There’s definitely some exciting stuff on the course-play side of things,” says Hardy.

Not only that, but the new E6 software from Foresight links up launch monitors to allow people with a Foresight product to play against someone with a totally different launch monitor. It’s been popular during COVID-19, Hardy says, and has opened the company’s eyes to the kind of demand there could be while there is so much uncertainty in the world right now.

“It was a feature in the old world of course, but now you’ve got 1000’s of people around the world who want to participate in a simulator,” says Hardy. “So we’re looking forward to a new and improved version of that to open up tournaments, leagues, local events and things that would allow people to participate in in groups.”

While the Foresight technology is trusted by Golf Canada’s coaches and its national team players, it remains the top choice for those keen Canadians who are hopeful to take swings (and track their data) 12 months per year.

“It’s probably never been more important to make something like this happen,” says Hardy of in-home installations. “In some ways its harder because most simulator companies are sold out for months in advance, but we’ve grown a bunch. Our bandwidth is probably 10x was it was two years ago.

“And our product is great because there is not a lot of space restrictions – that’s one of the reasons why we do great in the residential space because not everyone has the right space for a traditional simulator so being able to make solutions in single garage bays, small rooms in a basement where you don’t have 11-foot ceilings… it’s a great advantage of our product and sets us apart from the competitors. It can be a net, a laptop computer, a lot of different ways to create that experience in your house.”

No matter where you are, Foresight is there for you and your game