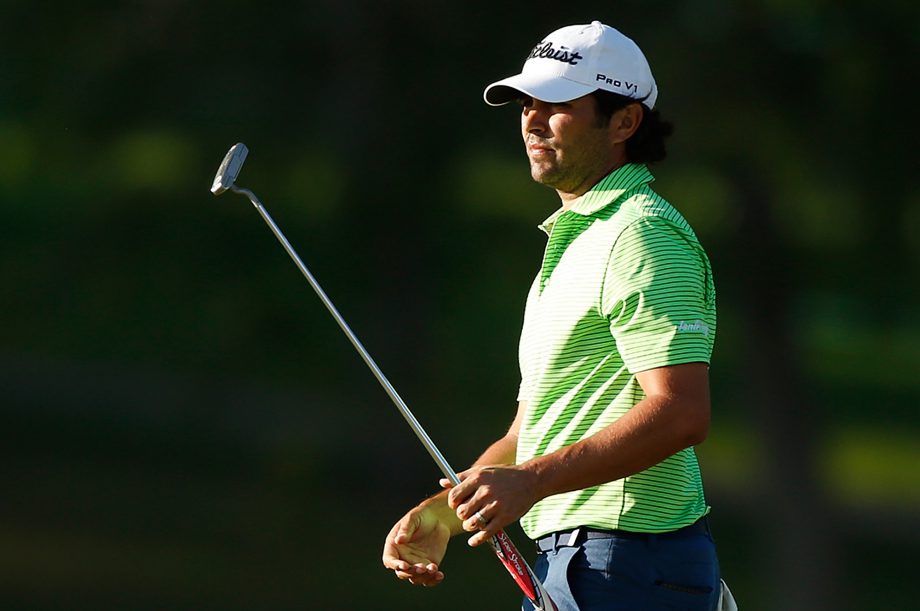 COLUMBUS, Ohio – Martin Flores birdied his final hole for a 4-under 67 and a share of the first-round lead with Alex Aragon on Thursday in the Web.com Tour Finals’ Nationwide Children’s Hospital Championship.

Flores and Aragon each had five birdies and a bogey on Ohio State’s difficult Scarlet Course.

The tournament is the third of four events in the series for the top 75 players from the Web.com Tour money list, Nos. 126-200 in the PGA Tour’s FedEx Cup standings and non-members who earned enough money to have placed in the top 200 had they been eligible to receive points. The top 25 players on Web.com regular-season money list earned PGA Tour cards. They are competing against each other for PGA Tour priority, with regular-season earnings counting in their totals. The other players are fighting for another 25 cards based on series earnings.

Aragon finished 68th on the Web.com Tour regular-season money list and has earned $4,421 in the first two series events.

“A lot of good golf with bad scoring,” Aragon said about his season. “I’ve been working really hard on trying to get off the tee boxes. I’ve taken a lot of penalty strokes the last month or so. Keeping it in play off the tee has been my focus for the last month.”

“I’m happy with the start,” Flores said. “Most of the year I’ve played three good days and one terrible day. That’s how I’ve been and I’ve been trying to turn that around and have more consistency. I’m happy with how I did today, but past that, I’m not really looking much ahead.”

Marino was 19th in the Web.com Tour regular season and has made $79,088 in the series to move up to eighth.

Sweden’s Henrik Norlander won the series opener in Indiana, and Chez Reavie took the second event last week in Davidson, North Carolina. Norlander and Reavie were tied for eighth at 69.

“It’s brutal,” Norlander said about the Scarlet Course. “It’s shocking. I think it’s the toughest golf course in the world. I haven’t played many tougher. You can’t relax on one single hole. There is not one single hole where you can get away with hitting a bad shot and still make par. Here, if you lose focus, you’re making bogeys and doubles quickly.”

“This course is brutal. Every hole has teeth,” Reavie said. “You have to be on your game. You have to be putting well and you have to be chipping well. It’s very, very difficult.”