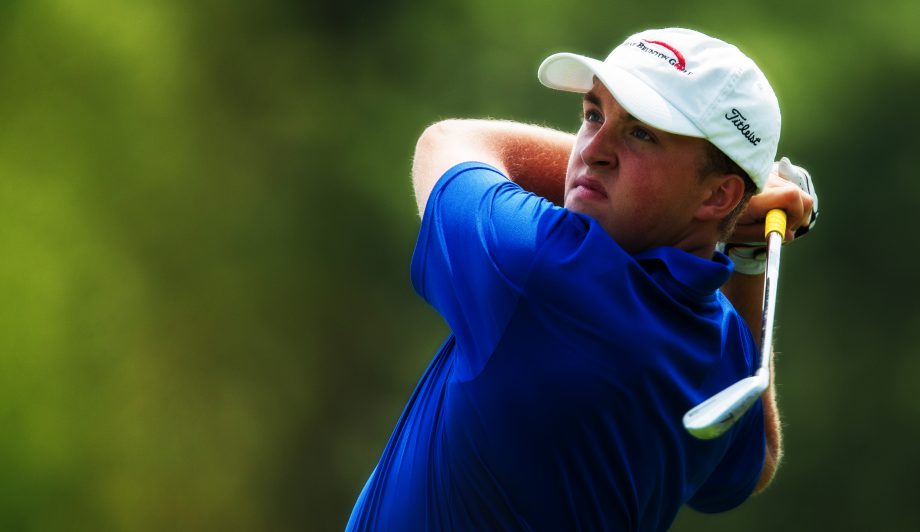 With Canada sporting 7% of the world’s golf facilities (as identified in the recent Golf Facilities in Canada report), you’d like to think there is a good number of up-and-coming golf stories to share from coast-to-coast. Newfoundland’s Blair Bursey is one of those stories.

Hailing from the northeastern town of Gander, the 18-year-old lefty just notched his fifth consecutive junior provincial title in his home province.

“I never really thought about setting records or milestones,” said Bursey of his win streak. “I’ve been taking it one day at a time, keeping my head down and focusing on improving my game.”

With the win, Bursey received an exemption to play in the Canadian Junior Boys Championship from Aug. 2–6 at the Summerlea Golf & Country Club in Vaudreuil-Dorion, Qué.,  where he will look to improve on a T57 finish in last year’s event.

Bursey has another significant accolade that doesn’t quite fit on his trophy shelf, but perhaps carries more weight than all the rest. He is the first local of Newfoundland & Labrador to receive an NCAA Div I scholarship, playing for the Utah Valley Wolverines—something he doesn’t take lightly.

“It’s always an honour to be the first of anything,” said the two-time Golf Newfoundland Labrador Golfer of the Year. “It’s definitely special and it gave me a certain sense of pride that I can accomplish what I set out to do and I’m really proud of doing that.”

In his freshman season, Bursey posted a strong string of results, highlighted by a T14 at the Western Atlantic Conference Championships and a team-leading T10 finish at the PING Cougar Classic to close out the season.

“Once I got there it was golf straight away for four months, which I wasn’t really used to,” said Bursey of his first competitive season with the Wolverines. “I qualified for 10 out of 11 events which is really positive, and I was quite happy with my scoring average. It was a great year to start and something I can definitely build on—I grew a lot as a golfer and as a person as well.”

With his most competitive years ahead of him, Bursey’s roots are still at home, the only place where he truly “has a sense of feeling at ease,”—an important feeling in the world of competitive golf.

In any case, Bursey’s story goes to show that no matter where you come from, however small the town—or however high the odds seem stacked against you—dreams are always within reach.

With that said, Mr. Bursey still has a long road ahead of him, continuing this summer with competition back on home soil.

In addition to the Canadian Junior Boys, Bursey is teeing-it-up once again this week in the CN Future Links Atlantic Championship (T4 finish in 2014) at the Gowan Brae Golf & Country Club.

Down the road, Bursey was clear in where he hopes to take his game.

“I’d be lying if I said I didn’t want to play professional golf. I think it’s important to be realistic about what the goals are, and take this far as it can go. However, I won’t be jumping into it without good experience so I’m looking forward to making the most out of my future years of collegiate golf.”