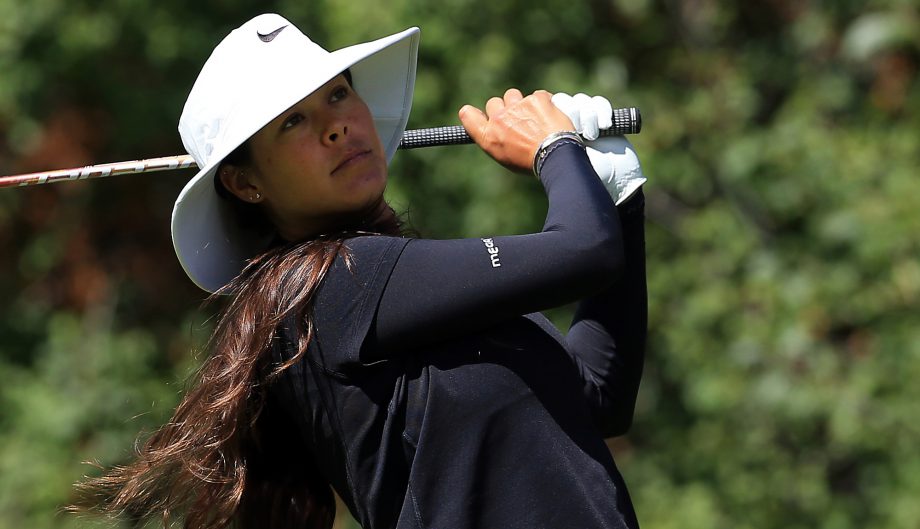 “I don’t think I can really put into words how it feels yet,” Jordan-Higgins said. “This has been 18 months’ work all put together. I couldn’t ask for a better start right now.”

Jordan-Higgins is from Jersey, the largest of the Channel Islands between England and France, and played at Charleston Southern. She also won tour events in 2013 and 2014.

Jordan-Higgins took a two-stroke lead into the final day after opening with rounds of 66 and 70. She birdied the par-3 second and made a double bogey on the par-4 seventh, then _ after a nearly two-hour rain delay _ rallied with birdies on the par-5 11th and par-4 14th and 16th.

“The key today was patience,” Jordan-Higgins said. “I was a little tense on the front and trying too hard to make things happen that just weren’t happening and I did make some a mistake on seven. It just came down to patience and knowing that I had a lot of birdie changes left after my double on seven.”

Kelowna, B.C. product and defending champion Samantha Richdale led the way for the Canadian contingent, carding a final-round 71 (-1) to finish in ninth place at 5-under par. She was trailed by Team Canada Young Pro Squad member Anne-Catherine Tanguay of Quebec, who closed at 4-under par to share 10th place. Rounding out the Canucks to finish inside the Top-20 were the trio of Team Canada graduates Brittany Marchand (Orangeville, Ont.), Augusta James (Bath, Ont.) and Elizabeth Tong (Thornhill, Ont.), who finished at 1-under in a five-way tie of 18th.