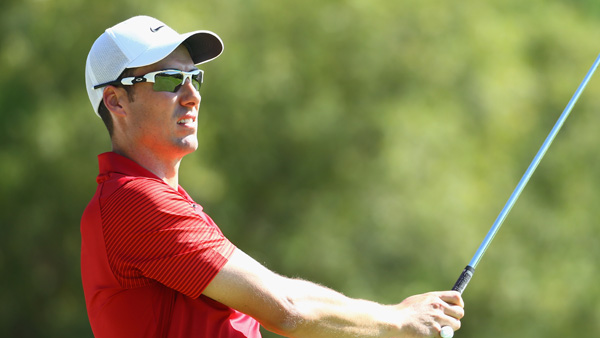 SUN CITY, South Africa — Ross Fisher opened the 2015 European Tour season with a 6-under 66 to lead the Nedbank Golf Challenge after Thursday’s first round.

Fisher last won on the tour in South Africa in March and the Englishman felt right at home at a sweltering Sun City with four birdies on the front nine and three on the back. His only slip came with a bogey on No. 16.

Siem had the shot of the day when he holed out with an 8-iron from the fairway for an eagle on the par-4 on No. 17, his ball taking a lucky kick off the right edge of the green to head back across the surface and into the cup to win him a new car.

Defending champion Thomas Bjorn was last after the opening round of the new Oder of Merit schedule following an error-strewn 80. U.S. Open champion Martin Kaymer, a former winner at Sun City in 2012, started with a 74 for a tie for 22nd. The German had four birdies, but also four bogeys and a double bogey.

Along with Kaymer, there are two other former No. 1s playing the 30-man invitational tournament in the wilderness of northern South Africa this week. Two-time champion Lee Westwood was subdued on one of his favorite courses for an even-par 72. Luke Donald went around in 71.

Brooks Koepka of the United States made a flying start on his Sun City debut with birdies on two of his first three holes. The European Tour’s 2014 rookie of the year found it a little tougher later in his round at Gary Player Country Club, and had a costly double bogey on No. 15 to end with a 70.

Fellow American Brendon Todd was 1 over and Kevin Na 5 over.

That wasn’t as bad as Bjorn, who had two double bogeys and five bogeys in a disastrous start to his title defense after finishing with two back-nine eagles here 12 months ago for the biggest payday of his career.

Major winners Charl Schwartzel and Louis Oosthuizen of South Africa both came into the tournament in mediocre form, but returned solid 70s to give the home country four players in the top 10 alongside Coetzee and Tim Clark.