Finchem not sure how much longer he’ll stay commissioner 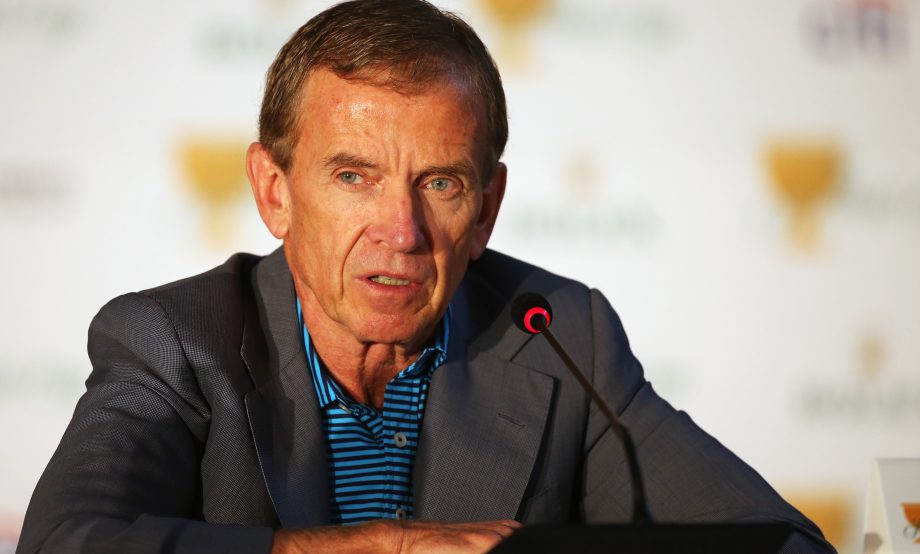 NASSAU, Bahamas – PGA Tour Commissioner Tim Finchem jokingly said he was relieved to see Tiger Woods still alive after reading such gloomy reports from his press conference in the Bahamas about his back issues. Finchem didn’t come away with a feeling that Woods was finished.

As for his own future? That’s equally vague.

Finchem’s latest four-year contract will expire in June, which would complete 23 years as the commissioner. But even with a succession plan in place – he named Jay Monahan the deputy commissioner in March – it didn’t sound as though Finchem was counting the days. Far from it.

“It’s a little ill-defined at the moment,” Finchem said. “We have a great succession plan in progress. There are a couple of three major kind of projects I’d like to get pushed a little bit. The timing of what that means is still up in the air. The board is very comfortable about that.”

Finchem turns 69 next year, though the PGA Tour policy board recently extended the age limit of board members to 75. So that’s not an issue. Of greater interest are the projects to which he refers. Finchem didn’t indicate that he wants to close the book on them, saying later that he wanted “to get at least a little momentum.”

Among the possible projects:

– The policy board at its last meeting approved a massive capital campaign project for improvements to The Players Championship and TPC Sawgrass. For all that Finchem has done in his two decades, The Players always has been among his highest priorities.

– Golf returns to the Olympics next year in Rio de Janeiro for the first time since 1904, though the work is not done. Golf will be part of the Olympic program in Rio and in Tokyo for 2020. But the big hurdle is securing its place for 2024 and beyond. The IOC will decide that in 2017, though it helps that most of the top stars plan to compete.

– Most intriguing is the possibility of a global tour. Finchem first mentioned it five years ago. He didn’t have a clear view of what form it would take other than to say that “at some point in time, men’s professional golf will become integrated globally.” This constitutes a long-term project that he would like to “get pushed a little bit.” It also requires plenty of cooperation with other tours, particularly in Europe and in Asia.

– An early start on the next round of TV negotiations. The contracts are up in 2021, though it’s never too early to start.

– The contract for the title sponsorship of the FedEx Cup ends after 2017. By the same token, the tour has some title sponsorships that end after 2016, and the 2017 schedule could feature plenty of moving parts. But renewals and scheduling – and television – are issues that will continue to be part of PGA Tour business.

It’s unlikely that Finchem will step down at the end of June. The questions are how much longer he wants to stay and what role he might take after retirement.

“I love doing what I’m doing,” he said. “From an organizational standpoint, there are times when it’s time to make transition and at the same time have a fresh course. I think that’s where we’re going to be headed. It’s a question of identifying that. Having said that, if the board – and I’m assuming Jay – want me to do some things post being in this job, I’d be available, assuming I could do some things that wouldn’t put me front and center.

“I don’t know what that means, either, at this point.”