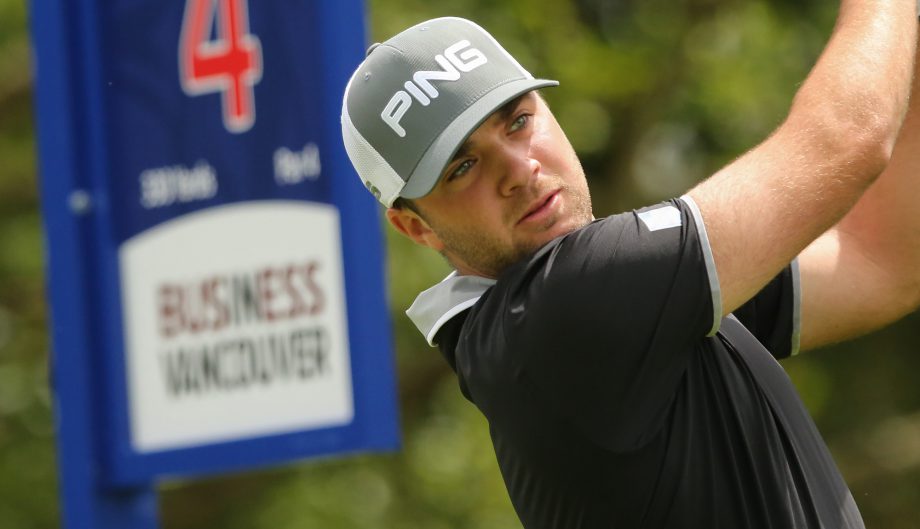 Stuart Macdonald wasn’t quite sure what Golf Canada’s Derek Ingram wanted to talk about when he was called up to his hotel room in early January, but the men’s head coach was direct as soon as the conversation got going.

Ingram told Macdonald that he should fly out of Golf Canada’s training camp in Phoenix for the Monday qualifier at The Club at Weston Hills in Miami to try and enter the field for the Korn Ferry Tour’s Panama Championship, a sentiment echoed by fellow Canadian golfer Taylor Pendrith.

Macdonald made the trip and earned one of the two spots to play in Panama. He tied for 42nd in that tournament and has since played in the El Bosque Mexico Championship, the Utah Championship and last week’s TPC Colorado Championship at Heron Lakes.

“If I didn’t Monday qualify for Panama and then get in and make a cut there who knows where I’d be right now,” said Macdonald, who will be playing in this week’s TPC San Antonio Challenge at the Canyons in Texas. “I’d probably be playing some mini-tour somewhere.”

Macdonald’s original plan for the season, before being redirected by Ingram, was to return to the PGA Tour China, which was scheduled to begin in March but has had its season derailed by the COVID-19 pandemic.

Ingram said Macdonald’s plans for 2020 had been on his mind for days before he actual sat the 25-year-old from Vancouver down for that fateful talk.

“I was thinking to myself ‘here’s a guy who can do it, he’s good enough,’ and yeah, there’s only four guys that can make the tournament out of 150 but, why not you?” said Ingram.

“I just sat him in my hotel room at our training camp in January and said ‘I don’t see any reason why you shouldn’t be playing in that.”’

Macdonald is currently ranked 139th on the Korn Ferry Tour and was encouraged when he tied for 28th at the Utah Championship at the end of June. He’ll be joined by Pendrith, from Richmond Hill, Ont., Ben Silverman of Thornhill, Ont., and Adam Svensson of Surrey, B.C., in San Antonio this week and next – the TPC San Antonio club will host back-to-back tournaments on different courses.

Because of the golf season being suspended for several months by the global pandemic, the PGA Tour has determined that all players’ statuses, including Macdonald’s conditional status, will carry over until 2021, effectively giving him 18 months to qualify for either a full Korn Ferry Tour card or even make the PGA Tour.

`It’s really nice to think that I’ve got another 20-something events to do what I want to do and have a chance to work hard.” said Macdonald. “It’s a bit of relief because there’s so many guys right now that may be playing great golf but if you’re not playing on a PGA Tour sanctioned tour it’s not really getting you anywhere.”

As far as Ingram is concerned, there’s no reason why Macdonald won’t be able to succeed at the highest levels of professional golf.

“Ultimately, I see Stuart Macdonald as a PGA Tour player,” said Ingram, recalling the conversation in the hotel room. “You’re good enough to Monday qualify, to make cuts, and reshuffle, and make this tour full time.”