Familiar conditions for Henderson at LPGA Drive On Championship 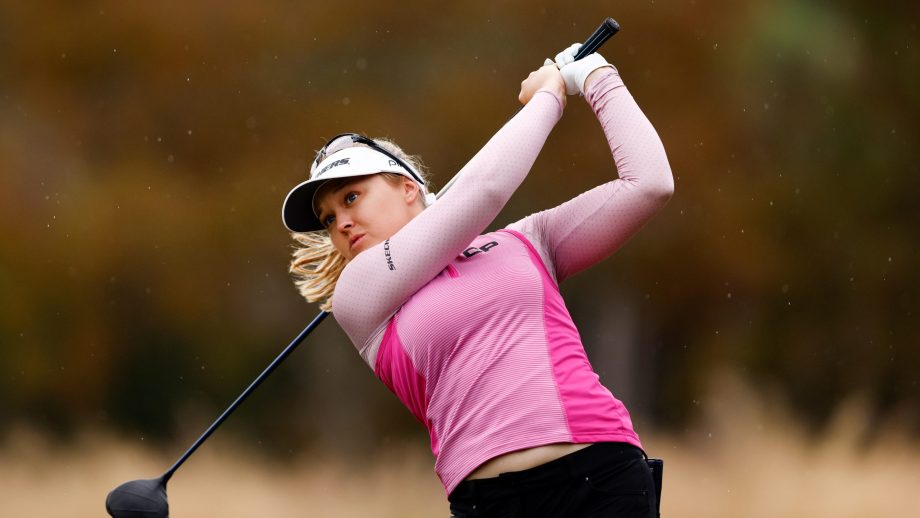 FORT MYERS, Fla. – The CP Women’s Open is still her home event, the one where she hails as a national hero who dominates the coverage and has the backing of at least 90-percent of the gallery. Let’s face it, Brooke Henderson is as popular as ever in the land of the Maple Leaf. Whether it’s Vancouver, the Maritimes or any point in between, when Brooke tees off in Canada, it’s a home game.

Henderson’s Florida home is about 15 minutes south of Crown Colony Golf & Country Club, and the course where she practices almost every day she’s not on the road, Miramar Lakes, has a similar look and feel to the course she will play this week.

“I think the greens are a different type of grass, so it’s a little bit different that way,” Henderson said. “But, I mean, for the most part you can be aggressive on some shots. The greens where I play at home are pretty slopey. These greens can be (that way) here on a few holes, too. So, I feel like there is definitely some similarities to it – definitely the heat and wind are all very similar to what I play on.”

Sometimes a home game has nothing to do with the golf course. It has to do with comfort; with the environment and knowing where you are and what you can expect. Before the LPGA Tour announced that the Drive On Championship would take place at Crown Colony, Henderson didn’t even know the place existed. Like most of players in the field, she thinks it’s a hidden gem. “It was a new course to me, so I’m excited to play this week,” Henderson said. “I was able to play here once during the off-season, which was nice, just to kind of get a first look at the course and how it was going to play.”

But more importantly than course knowledge, Henderson knows what the wind off the Gulf of Mexico will do to golf shots in this area. She understands how the ball will fly late in the afternoon down here. She knows how fast the grass grows in this part of Florida. A lot of that is instinct. She couldn’t explain to you what it means when the barometric pressure falls at 4:00 p.m. But she’s experienced it enough to adjust without a second thought.

“You know, playing in Florida, being here at sea level or below sea level, you know your distances. Sometimes when I go out west, I really have to adjust my distances. Players that live out west who come to Florida, it’s a big adjustment, because the ball doesn’t fly as far here. That is a nice advantage that I have living in Florida and playing these three events. I don’t have to fight my yardages. I know them.

“And, also, I’ve played in these windy conditions pretty much the last two months. All those things are nice to be familiar with. Hopefully, it gives me a little bit more confidence on the weekend.”

Her confidence is pretty high anyway. She’s played two events in Florida already and finished second and tied for sixth. She ran out of holes at Lake Nona or few doubt that she would have caught Danielle Kang at the Hilton Grand Vacations Tournament of Champions. And she shot 74 in the bad weather on Saturday at Boca or she might have challenged Lydia Ko at the Gainbridge LPGA at Boca Rio.

This week, she is sleeping in her own bed, picking clothes out of her closet instead of a suitcase, and pulling food out of her own fridge instead of ordering takeout. Her caddie and sister, Brittany Sepanik, lives about five minutes away from Brooke. They wore matching outfits on Wednesday – a complete accident that is easier to do when you’re playing from home.

“Honestly, there is definitely pros and cons to (staying at home during tournament week),” Henderson said. “Sometimes when you’re staying at home you think, oh, it’s just an off week, it’s off-season, so you’re not as focused, especially early in the week. So, you have to pay attention to that and remember you’re in a tournament. You need to wake up early. You need to go through your regular routines.

“When you’re on the road week after week you really get into that routine. You stock your bag the night before and you are in a hotel room that’s only so big, so you kind of know where everything is. At home everything is spread out.

“So, it does take a little bit of adjustment, But I do appreciate staying in my own bed. I enjoy the relaxation that home presents.”