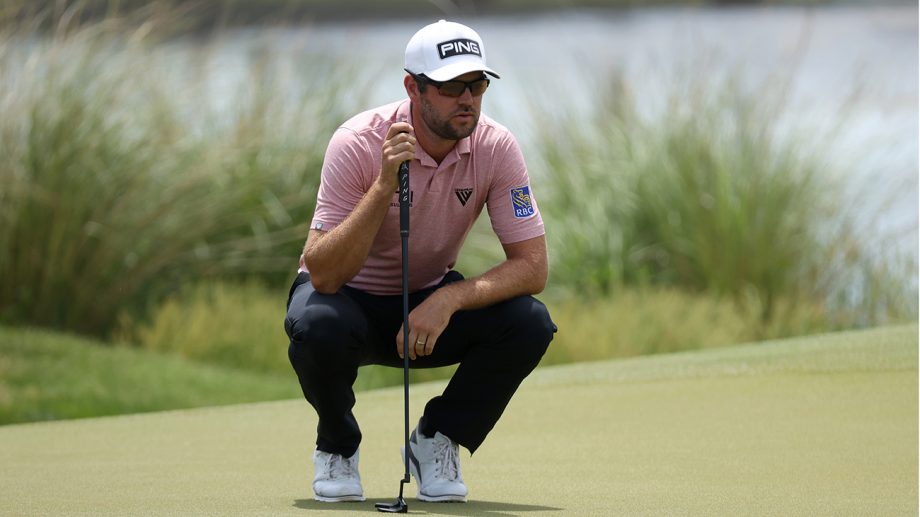 KIAWAH ISLAND, SOUTH CAROLINA - MAY 22: Corey Conners of Canada lines up a putt on the first green during the third round of the 2021 PGA Championship at Kiawah Island Resort's Ocean Course on May 22, 2021 in Kiawah Island, South Carolina. (Photo by Gregory Shamus/Getty Images)
Associated Press

KIAWAH ISLAND, S.C. (AP) – The wind was more manageable at Kiawah Island on Saturday, there were plenty of friendly hole locations and Pete Dye’s punishing seaside track still wasn’t set up to play its maximum distance.

Moving day at the PGA Championship? It could have been, but the leaderboard was mostly static.

Rickie Fowler, who teed off almost four hours before the final group of Phil Mickelson and Louis Oosthuizen, shot a 3-under 69 – the sixth and, as it turned out, the final round of the day in the 60s.

“Even though the wind being down a little bit from the last two days, it’s still a tough test from start to finish. Anything under par is a good thing, especially Saturday, to kind of move back up into – I guess a little bit the thick of things,” Fowler said.

His even-par total of 216 left him seven shots behind Mickelson, and given how the rest of the day played out, Fowler couldn’t have asked for much more.

The Ocean Course played to a scoring average of 73.0, 2 1/2 shots easier than Friday’s second round. But Dye’s design and major championship pressure made 69 an elusive number.

Instead of moving, it felt like the major champions and world-class players chasing Mickelson were standing around watching him. He opened a five-shot lead before falling back with a bogey-double bogey stretch on the back nine.

Several contenders had a chance to break 70 but couldn’t finish it off.

Playing with Fowler, Joel Dahmen shot 5-under 31 on the front nine but chunked back-to-back shots on the par-4 10th and made a 6. He shot 70.

Tony Finau was 4 under through 16 holes but closed with back-to-back bogeys and settled for a 70. Playing partner Patrick Cantlay had the only bogey-free round of the tournament but made only two birdies.

Kevin Streelman was 3 under on the 18th tee but drove it right into a waste bunker, leading to bogey and – yep, another 70.

Brooks Koepka’s 69th shot of the day was a 7-foot putt for par that would have kept him tied with Mickelson. He missed.

And, finally, Mickelson’s flop shot from behind the 18th green bounced just wide of the pin. He closed out his 70 by holing the 5-foot comebacker for par.

Bryson DeChambeau’s scores of 72, 71 and 71 would suggest consistency, and he did play the final three holes in even par on Saturday – with a birdie, a double bogey and another birdie.

Charley Hoffman made an impressive six birdies but sprinkled in five bogeys and a double. Gary Woodland made six birdies and three doubles.

Masters champion Hideki Matsuyama was one of a few to make a hard move in the opposite direction. He was 5 under for the tournament before he dropped five shots in a four-hole stretch. One last bogey on the 18th gave him a 42 on the back nine and a 76.

Jordan Spieth and Billy Horschel shot 68, the best score of the day. But Horschel made the cut on the number and Spieth was only one better through 36 holes.

It was still enough to move him up 37 spots to a tie for 13th at even par.

“If I were at 4 under and the lead was only 7, then things could be different,” Spieth said. “But I’m not.”