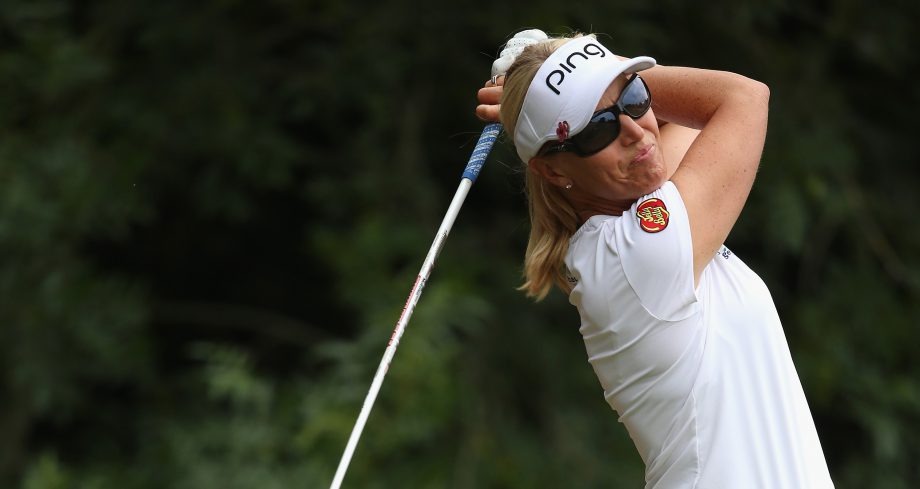 Caroline Hedwall of Sweden, Karine Icher of France, Caroline Masson of Germany and Catriona Matthew of Scotland all return to the team, having helped Europe to a record 18-10 victory over the U.S. in Colorado in 2013.

They join Suzann Pettersen of Norway, Gwladys Nocera of France and Charley Hull and Melissa Reid of England, who qualified from the Ladies European Tour points list, and Anna Nordqvist of Sweden, Azahara Munoz of Spain, Sandra Gal of Germany and Carlota Ciganda of Spain, who earned their spots by their world rankings.

“Now I can really start focusing on the week and making sure we’ll have a great week there,” Koch told The Associated Press in a telephone interview. “There’s still lots to do.”

The Solheim Cup takes place Sept. 18-20 at the St. Leon-Rot Golf Club near Heidelberg in Germany.

Koch, who was on Europe’s winning teams in 2000 and 2003, said she was excited by the mix of youth and experience she had gathered together. She has been diligent with her preparations to date, spending time with victorious Ryder Cup counterpart Paul McGinley.

“It’s great to have him, to be able to ask questions and get some advice from him,” Koch said. “He’s given me a lot of good tips. Our situations are quite similar going into the event so it’s been very helpful.”

Europe is looking for a third consecutive victory, having captured back-to-back Solheim Cup titles for the first time in 2013, but Koch said past success had little influence on the present.

“This is a new event, this is Solheim Cup 2015. We don’t have to concentrate so much on the past. We concentrate on this event,” the 44-year-old Swede said.

Hedwall became the first player to win five out of five matches in 2013 and she retained the cup for Europe by winning the 14th point. The 26-year-old Swede was also on Europe’s winning team in 2011.

Icher was on the 2002 and 2013 teams so this will be the 36-year-old’s first Solheim Cup appearance on European soil.

Masson earned 2 1/2 points as a Solheim Cup rookie in 2013 and is looking forward to defending the title in her home country.

“It’s been a huge goal to make the team for the last two years and I have been waiting for that call, to see what decision Carin would make. When she told me I was a pick I was super happy,” the 26-year-old Masson said.

Matthew is the most experienced player in the team at age 46, along with Pettersen, and she will be taking part in her eighth Solheim Cup.

“The event’s got bigger and bigger, each one I’ve played in, and it’s just a great thing to play in a team event when normally it’s such an individual sport,” Matthew told the AP.

“World ranking-wise they’d come out ahead of us so in that respect you might call them favorites but it’s home soil for us and we’ve won the last two so we’ve got momentum,” Matthew said. “I think it’s going to be close and hopefully we’ll just edge them out.”

Koch highlighted the importance of the Solheim Cup to women’s golf and women’s sport in general.

“It’s huge,” she said. “We can see with the preparations for this event how big the Solheim Cup has become. It’s our chance to showcase women’s sport or women’s golf in Europe and around the world.”