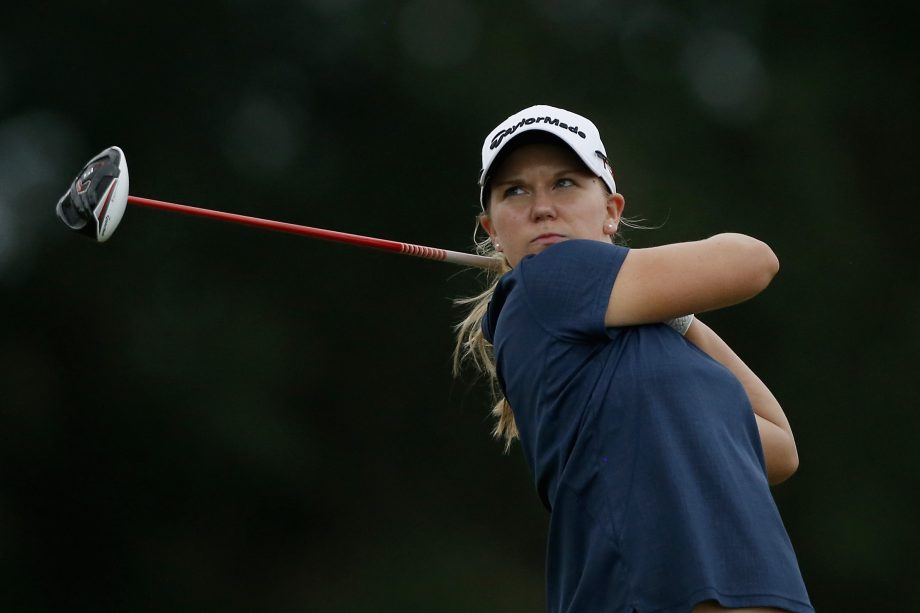 PRATTVILLE, Ala. – Austin Ernst took the lead at 10 under Saturday before darkness forced the suspension of third-round play in the weather-delayed Yokohama LPGA Tire Classic.

Ernest was 1 under through four holes after waiting out a five-hour delay for rain and lightning on the links-style Senator Course. She passed second-round leader Yani Tseng, who had a bogey on the fourth hole to drop to 9 under.

Players are expected to stay in the same groups for early morning starts Sunday, trying to complete the 72-hole tournament.

Lexi Thompson, the 2011 winner, was two strokes back along with Sei Young Kim, Tiffany Joh, Sydnee Michaels and Julieta Granada.

A number of players had to complete the second round Saturday after a 90-minute delay a day earlier. None completed more than 14 holes in the third round.

Ernst, a 23-year-old former LSU player, had a birdie on the second hole and is seeking her second LPGA Tour title. She won the Portland Classic last year.

Tseng had hoped to ride momentum from her finish on Friday. She had closed an 8-under 64 with an eagle and a birdie to move to 10 under.

The 26-year-old Taiwanese player, ranked No. 1 for 109 weeks early in her career, is trying to snap an 85-event winless streak dating to the 2012 Kia Classic.

Tseng won seven times in 2011, becoming the youngest player to win consecutive Rolex Player of the Year awards and earning just shy of $3 million. The 15-time tour winner’s only top-10 finish of the year came when she tied for second in March in the LPGA Thailand.

Kim was 3 under through seven and birdied her final two holes.