English gets hole-in-one during Augusta practice round 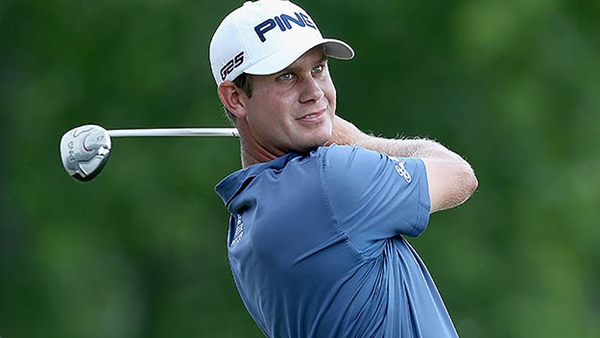 AUGUSTA, Ga. – Harris English got his first Masters week off to an ideal start Sunday – he made an ace on the 12th hole.

And it came with a little help from Brandt Snedeker.

They played a practice round with Augusta National members Dave Dorman and Toby Wilt, who teamed with Snedeker to win the AT&T Pebble Beach National Pro-Am last year. When they got to the menacing 12th hole, Snedeker hit a three-quarter 9-iron to the front-left hole location.

English’s caddie suggested about the same, and that’s when Snedeker stepped in with these words of advice: “Just rip a wedge.”

“I’m 1-for-1 as a caddie,” Snedeker chirped after the round. Turning to English, he said, “What have you been doing all year? This is easy.”

English is among a record 24 players playing the Masters for the first time, though Sunday wasn’t his first time playing Augusta National. He played every year in college at Georgia. Even so, it was a good way to ease into a busy week.

And it was a long time coming. English said it was the second hole-in-one of his life, and his first as a professional.

This was a wedge from 142 yards that covered the flag. And he was at Augusta National. Big difference.

HAPPY RETURNS: Adam Scott returned to Augusta National on Friday and took one last privilege as the defending champion. He took his father out to play the course.

“It was the highlight of his golfing life,” Scott said Sunday. “I think for him following me around here for so many years, to get to stand in the middle of the fairways and get the perspective was just great. And for me just playing with him, well, it was pretty special.”

Perhaps the best part was going down the 10th hole, where last year he hit 6-iron to 12 feet and made the birdie putt to beat Angel Cabrera on the second playoffs hole. It was a good time, as Scott said his coach told him, to “stop and smell the flowers.”

What he’s not looking forward to this week is leaving the green jacket behind – unless he was to win again.

Jack Nicklaus, Nick Faldo and Tiger Woods are the only players to win back-to-back at the Masters.

“I’m quite determined to not leave it here,” Scott said.

AN INSPIRING SUNDAY: By all accounts, the Drive, Chip and Putt competition was a huge success at the Masters. Club chairman Billy Payne said the idea was to inspire young kids to get involved in golf and be motivated to earn a trip to Augusta National.

“My son is home on the sofa watching,” Poulter said. “I told him, `This should get you excited to go play.’ Hopefully, he’s on the range.”

Poulter said he spent a good part of the morning watching the Golf Channel coverage and couldn’t imagine what it was like to be a parent.

“I remember my mum and dad watching me play here for the first time,” he said. “For the parents of these kids, they’ve got to be a complete bag of nerves. This is brilliant. It’s cool for the kids.”

Poulter was inspired for other reason. While watching coverage, he noticed one young boy wearing his clothing line.

“I’ve got to go find him,” Poulter said, and off he went.

DIVOTS: Matt Jones became the 97th player into the field by winning the Shell Houston Open on Sunday. That makes it a record 24 Masters rookies this week. … British Amateur champion Garrick Porteous has a rare distinction at Augusta National. He is the first Masters competitor to play the 17th hole without the Eisenhower Tree. Porteous played a practice round on Feb. 17, the day after the ice-damaged tree was removed.