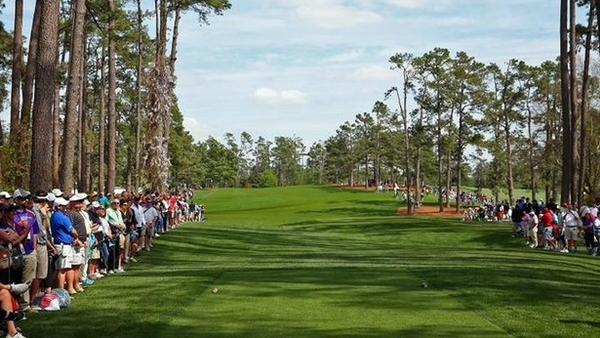 AUGUSTA, Ga. – Trees don’t get eulogized. This one did, more than once.

Golfers and Masters officials talked about the soaring loblolly pine known as the Eisenhower Tree as if it were a deceased family member. The Augusta National landmark guarded the left side of the 17th fairway and was feared by many members – particularly the former president and club member who unsuccessfully lobbied for its removal.

Big hitters generally drove to the right of the 65-foot tree, whose branches leaned over the fairway about 210 yards from tee. Often, the longest guys on tour went right over the top of it. Although many competitors say the tee shot now is easier, scores this year are about the same as they were when the tree was standing.

The tree was irreparably damaged by an ice storm in February and taken down.

As tributes rolled in from past greats like Jack Nicklaus and Arnold Palmer, many of the golfers forced to navigate their way around the sentinel in recent years held their tongues. But with the Masters underway this week, few of those competitors mourned its demise.

“I’m sure the committee here will have some type of replacement there at some point in the near future,” PGA champion Jason Dufner said. “So maybe we can just enjoy it for one year.”

While the view on 440-yard, par-4 No. 17th is very different, the scores through the first two days of the tournament are roughly the same as in previous years. That’s because the hole, dubbed “Nandina,” still requires a drive down a narrow, tree-lined fairway, followed by a short iron approach hit high enough to fly past two greenside bunkers and then stick on a diabolically sloping green.

Last year, the field averaged 4.22 strokes, making it the sixth-toughest hole on the course. In Thursday’s opening round, the average was 4.18 (ranked 5th). Midway through Friday, the average had dipped to 4.14 (10th), although the dry, sunny weather left the fairways fast and firm, which translated into longer drives and shorter approach shots.

Those numbers will add fuel to the debate over whether – and exactly how, to replace the Eisenhower Tree.

“We do not have a definitive plan as to what, if anything, we will do to the 17th hole beyond this year’s tournament,” club chairman Billy Payne said in his annual “State of the Masters” news conference.

“And I think, quite apart from the playability of the 17th hole itself, we are in the process of determining how to permanently commemorate and remember this wonderful part of our history.”

Yet a few moments later, when he was asked whether the club took any precautions to protect the tree when the ice storm was forecast, Payne flashed an embarrassed grin: “A confession here,” he began. “At the time it happened, I was in the Bahamas bone-fishing.”

As landmarks go, the Eisenhower Tree was the most famous in golf, eclipsing the Lone Cypress located along 17-mile drive and between two other very famous golf courses, Pebble Beach and Cypress Point, on the northern California coastline.

The Eisenhower Tree had been struggling in recent years, forcing the club to deploy cables to help hold it together. The storm delivered a fatal blow and after consultation with some of the nation’s best arborists, it was removed down to the roots, cut into sections and put into storage nearby.

Club officials have been tight-lipped about whether those sections will be used for anything beyond firewood, meaning the only semblance of the tree to be found on the grounds at the moment is on one of several Masters’ commemorative coins.