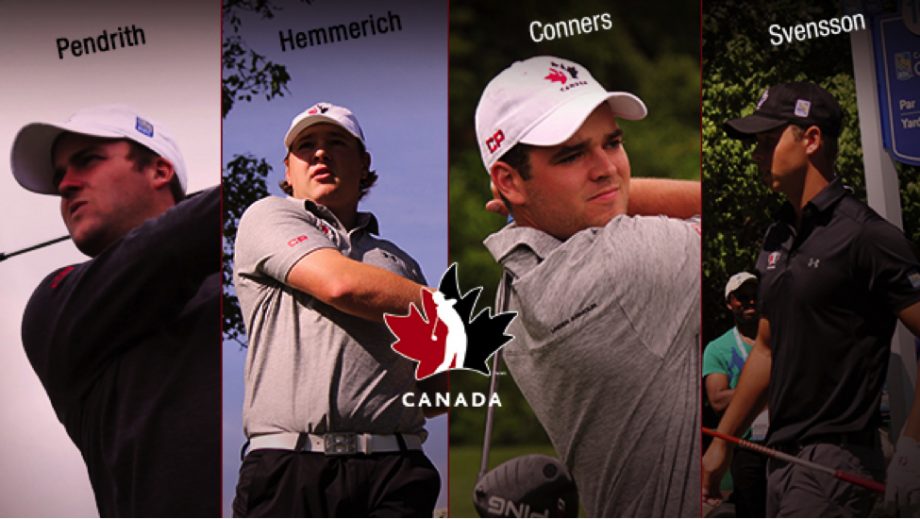 They’ve set their dreams. They’ve put in the work. They’ve done their time. Now it’s time for a taste of the PGA Tour.

Four members of Team Canada’s National Squad are gearing up to play the Royal Montreal Golf Club for the 105th Canadian Open. Accompanied by Head Coach Derek Ingram are Corey Conners, Taylor Pendrith, Adam Svensson and Chris Hemmerich. Together, they make up four out of 19 Canadians in the field.

Sure, winning Canada’s Open would be a dream come true for these young men – but that’s not the mindset that Head Coach Derek Ingram is preaching. Instead, he hopes to prepare them for the ups and downs of professional golf, and the emotional swings that can happen under the spotlight.

“The magnitude of playing in your national championship on the PGA Tour is definitely a lot of pressure,” said the Winnipeg native. “Inside the solitude of the ropes is just you, your caddie and a golf course – they just need to focus on sticking to their routines and game plan.”

Although these players have reached the pinnacle of amateur golf in Canada, Ingram confirms that there is much still to be learned.

“It opens a door for them to work harder, learn from their results, and polish their game a little bit more so they are prepared to play in future Web.com or PGA Tour events,” he said. “It gives them an opportunity to deal with being nervous and feeling a lot of pressure – so it’s a very big week for the guys and a lot can be learned from playing in this event.” 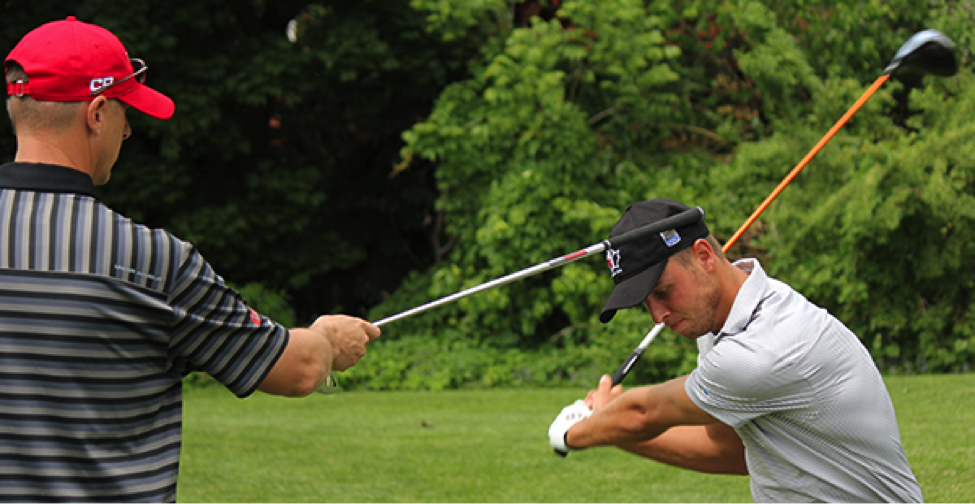 With Hemmerich, Pendrith and Conners all graduating this year, and Svensson winning NCAA’s Jack Nicklaus award as a sophomore, professional golf may come sooner rather than later. With that said, the RBC Canadian Open will prove to be a great experience for Team Canada, regardless of the outcome.

Adam Svensson, 20, of Surrey, B.C. is returning this year for his second consecutive RBC Canadian Open. After missing the cut last year (76-72), he has some gained confidence on how to handle the big stage.

“I want to get into position to be able to come into the top 20,” said Svensson, the No. 30 ranked amateur in the world. “I have a lot more experience now and I think that will help make this week even more fun.”

Conners, a recent graduate of Kent State, is also returning for his second straight Open. The Listowel, Ont. native will look to improve on last year’s results – he missed the cut by just two strokes. His Kent State and Team Canada teammate, Taylor Pendrith, is entering his first Canadian Open and PGA Tour event of his promising career. The big-hitting Richmond Hill, Ont. native earned his spot by way of exemption, and has set modest goals for himself leading into Thursday’s first round.

“My goal is to just play my game and not get too caught up in everything,” said the 23-year-old. “If I remember to have fun and enjoy it, I will be playing on the weekend.”

Kitchener, Ont. native Chris Hemmerich earned his spot through an exemption late on Sunday night. The Guelph University graduate has moved well inside the World Amateur Golf Rankings (WAGR) top 100, climbing to No. 61 Like Pendrith, he is confident that he will make a strong mark in his first Canadian Open experience and hopes to focus on playing golf the way he is capable.

“I just need to play my game and to try and stay in the moment,” he said. “I can’t let all the surrounding noise affect my game.”

No matter the outcome, this week will without a doubt be a great learning experience for the rising stars of Team Canada.