Dustin Johnson shoots 7 under 63 to grab lead at St. Jude 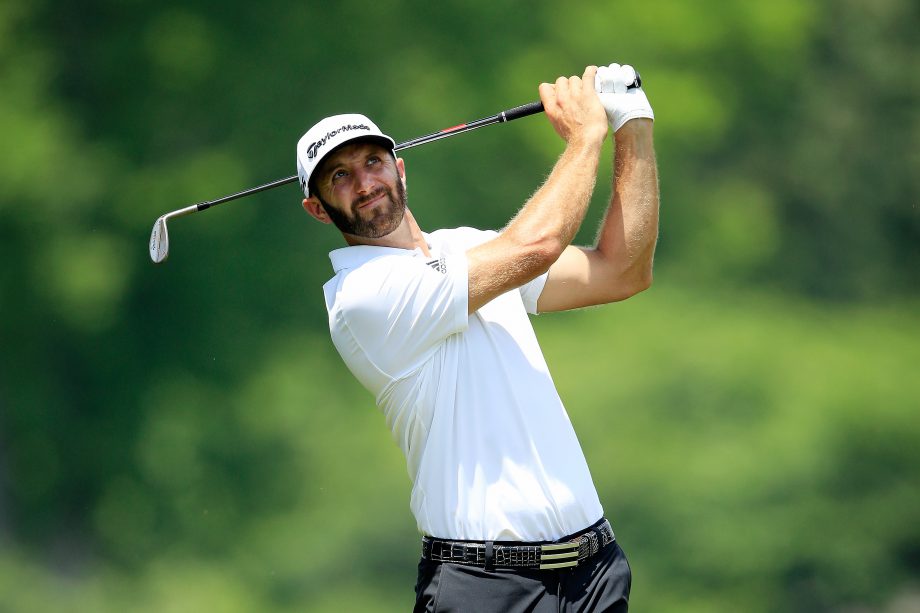 MEMPHIS, Tenn. – Dustin Johnson wants to sharpen his game for the U.S. Open. Moving back to No. 1 in the world would just be a nice bonus because the only way he can do that before Shinnecock Hills is by winning the St. Jude Classic.

Johnson knows what he wants.

Johnson shot 7-under 63 for his lowest round this year and grabbed a one-stroke lead Friday after 36 holes at the St. Jude Classic. He had four of his seven birdies and an eagle on his back nine for a 29 and finished with a 10-under 130 total.

Brandt Snedeker shot his best round this year with a 62 that was one stroke off the course record. He was at 7 under.

Irishman Seamus Power, who came in with a one-stroke lead, shot a 69 to reach 6 under. Defending U.S. Open champ Brooks Koepka (69) was at 5 under, and Phil Mickelson (70) was at 4 under.

Johnson spent 64 weeks atop the world ranking until Justin Thomas made the cut at the Players Championship in May and grabbed the top spot to himself. Johnson said the course and not playing only four times in April and May combined prompted his decision to play here before going to Shinnecock Hills.

“Just wanted to play, stay sharp,” Johnson said. “I like this golf course, and I feel like I play it well and wanted to be on top of my game going into next week, too.”

Johnson also had a 63 in the second round of the World Golf Championships-HSBC last October to kick off this season. He won the Tournament of Champions in January and followed with a tie for second at Pebble Beach in February. He has three top 10s and tied for eighth last week at Memorial.

A winner here in 2012, Johnson is back here looking for 18th career title while tuning up for the U.S. Open he won in 2016. He hit everything well from a 3-wood that went 316 yards off the tee to his irons to putter.

“I feel like I’m playing really well,” Johnson said. “I’m swinging the club very well. I know if I can drive it in the fairway that I’m going to give myself a good look for birdie. I felt I did that pretty much all day today and hit a lot of great shots in there and had a lot of really good looks at birdies.”

His round really clicked into gear after making the turn.

And Johnson became the first to hit 10 under after hitting his second shot 159 yards on No. 9 to 6 feet for a final birdie .

Snedeker, who lives in Nashville, Tennessee, hadn’t played this event three hours away from his home in five years and none of his eight PGA Tour victories have been at the TPC Southwind. Snedeker turned in a bogey-free round with eight birdies needing only 22 putts.

“It obviously went pretty well,” said Snedeker, the 2012 FedExCup champ. “It’s one of those days you like to have. You don’t have them very often out here where the hole looks like it’s the size of a beach ball and can’t miss a putt.”