Dustin Johnson, No. 1 and headed in the right direction 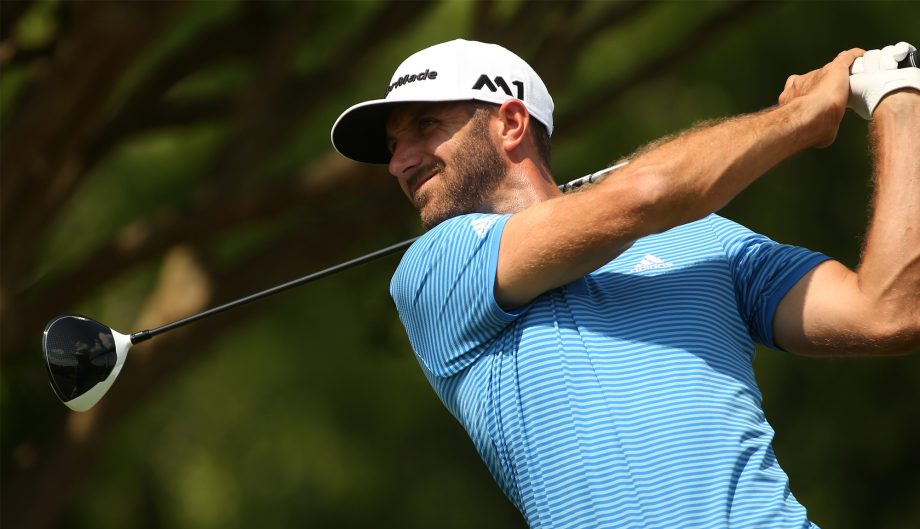 AUGUSTA, Ga. – The knock on Dustin Johnson was that he didn’t have what it takes between the ears to close out a major.

He looked as though he didn’t care, perhaps because a crushing loss didn’t appear to bother him as much as it should have. And in some corners, there was chatter that he needed to get someone other than his brother to be his caddie.

Now those are some of the reasons why Johnson is No. 1 in the world, and why he is such a strong favourite to win the Masters.

“He knows he can handle whatever gets in his way,” said Claude Harmon III, the swing coach who spends the most time at work with Johnson. “Now players feel like if he’s on the leaderboard, they can’t afford to make a mistake.”

Conversations paused under the oak tree next to Augusta National’s clubhouse Tuesday morning when Johnson sauntered toward the tee for another practice round. The way he has played the last two months – going back to his U.S. Open title last June, really – he has everyone’s attention.

Johnson is not one for conversation.

Mention that he is the first player in more than 40 years to arrive at the Masters having won his last three tournaments, and Johnson will shrug and say that his game is solid, he’s working hard and that he’s playing pretty well.

As for the additional pressure he faces being such a favourite?

“I don’t know,” Johnson said. “It’s the first time I’ve ever been the favourite.”

For all his power and athleticism, Johnson had never been in contention at Augusta National until last year. He was two shots out of the lead until a double bogey from the bunker on the 17th hole ended his hopes.

He still tied for fourth, his best finish ever, and it was enough for him to at least see that a green jacket was within reach.

More in his favour, however, is that Johnson can hit shots no one else does.

Typical of his career, the rise began with a fall. Johnson recalls having a chance to win the Cadillac Championship at Doral in March 2016 until hooking a tee shot in the water on No. 10 and making double bogey, and hitting a few more errant tee shots along the back nine.

“I heard he had switched to a fade, and then I saw it,” Zach Johnson said. “I said, ‘He’s going to win a lot of golf tournaments.’ There was control. There was spin. There was trajectory control. And then he won the U.S. Open.”

And he really hasn’t slowed since.

By the time the year was over, Johnson had swept all the PGA Tour awards, including player of the year. And he really hasn’t stopped, especially the last two months with victories at Riviera, Mexico Championship and the Dell Technologies Match Play.

Perhaps most frightening is that the better Johnson gets, the harder he works.

The more he wins, the less anyone talks about the 82 he shot in the final round of the 2010 U.S. Open at Pebble Beach, the two-shot penalty he received at Whistling Straits in the 2010 PGA Championship for grounding his club in sand without realizing it was a bunker or the 12-foot eagle putt that turned into a three-putt par on the final hole of the 2015 U.S. Open at Chambers Bay.

“I know everybody makes mistakes,” Johnson said. “But for me, I just felt like I’ve always learned from them and tried not to do them again. Even some of my losses in the majors, I try to take the positive out of it and learn from it and do better the next time.”

Butch Harmon laughs at the notion that Johnson lacks the right intelligence to be a major force. Keeping his mind clear might be his greatest asset.

“He’s like the cornerback who gets beat and acts like it never happened,” Harmon said. “Like three-putting from 12 feet. He told me once: ‘I never think about it. I can’t do anything about it, so why would I think about it?’ That mentality that the bad shot never happened is what Tiger had, is what Phil (Mickelson) has to have.”

Being the best in the world, however, has never guaranteed anyone a green jacket.

Woods in 2002 was the last player at No. 1 to win the Masters (Woods was at No. 2 when he won in 2005). Even when Woods was at his absolute best, it took only two bad holes in the opening round of the 2000 Masters to cost him five shots that he never made up.

“It’s a funny game,” Johnson said. “It doesn’t matter how good you’re playing, you can still not win. Same goes for this week. If I want to win here, everything is going to have to go well for me. I’m going to have to drive it well, hit my irons well, putt it well. I’ve got a lot of confidence in my game right now, especially with the way I’ve been playing the last few tournaments. But, you know, anything can happen.”