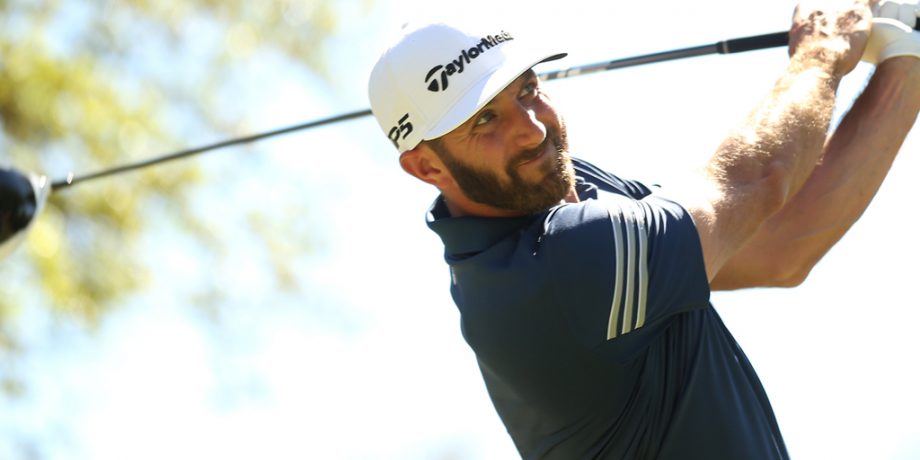 AUSTIN, Texas – Dustin Johnson had reason to be rattled.

As he walked off the 12th green Saturday afternoon, the match referee said five words that Johnson heard for the first time all week in the Dell Technologies Match Play.

“The match is all square.”

Until then, Johnson had led after each of the 71 holes he had played at Austin Country Club.

He wasted little time responding to a rare challenge. Johnson birdied three of the next four holes for a 3-and-2 victory over Alex Noren to advance to the semifinals and stay on track for a potential showdown between No. 1 in the world and Jon Rahm, golf’s brightest young star.

Rahm was so dominant he played only 27 holes in two matches Saturday. He hasn’t had a match go longer than 14 holes since Thursday. And the 22-year-old rookie from Spain still hasn’t played the 18th hole since a practice round Tuesday.

“The golf I’ve played the last three matches really has been very impressive, even to myself,” he said. “And it seemed to get better as I played, which is something that doesn’t happen often.”

Rahm lost only one of the 27 holes he played in his 6-and-4 victory over Charles Howell III and his 7-and-5 victory over Soren Kjeldsen in the quarterfinals.

Rahm faces a semifinal match Sunday morning against Bill Haas, who ended Phil Mickelson’s hopes with a 2-and-1 victory. Mickelson had advanced to the quarterfinals for the first time in 13 years with a victory against Marc Leishman.

Mickelson never trailed in any match until he fell behind on the first hole to Haas, and he had never led when the match ended on the 17th hole.

“I struggled making the putts that I have been making all week,” Mickelson said. “That seemed to me to be the difference.”

Johnson, going after a third straight PGA Tour title, faces one of this tournament’s biggest surprises in Hideko Tanihara of Japan.

“He looks unbeatable,” Tanihara said. “I hope he doesn’t feel good tomorrow, so maybe I have a chance.”

Tanihara began the week by beating Jordan Spieth. On Saturday, he took down Paul Casey with two late birdies in the morning fourth round, and then he beat Ross Fisher, 4 and 2, to reach the semifinals.

Johnson has looked unstoppable all month.

He went to No. 1 in the world with a five-shot victory at Riviera. In his next start, he won the Mexico Championship after holding off a late rally from Rahm. Now he’s two victories away from becoming the first player to sweep the four World Golf Championships.

None of Johnson’s five matches has gone beyond the 16th hole. In the fourth round, he beat Zach Johnson, 5 and 4. Noren is the only player to really make him sweat, and that was Johnson’s doing.

Johnson went 3 up at the turn, and then it was gone. He three-putted from 30 feet to lose the 10th hole. His tee shot on the par-3 11th hit the rocks and went into the water. And then he had to settle for par after leaving himself in an awkward spot, only to watch Noren hole a 40-footer to tie the match.

“That putt on 13 I think was a big one,” Johnson said. “That was just outside of him, and to hole that putt, put a little pressure on him, and then he missed it, I think that was a pretty important shot there.”

Haas is still amazed to even be playing. On Friday, he was on the verge of being eliminated when he hit into a hazard in a sudden-death playoff against K.T. Kim to decide their group. Haas took a penalty drop, chipped in from 120 feet for par to halve the hole and won on the sixth extra hole. Then he had to go 18 holes to beat Kevin Na in the fourth round before taking on Mickelson.

Haas made seven birdies in his match. He figured he will need something close to that number for his semifinal match against Rahm.

“I don’t think a single player out here would argue that he’s one of the top five, top 10 players in the world,” Haas said. “He’s hungry. He wants more. You can just see it in him. He’s got that thing about him that’s going to make him a big-time winner out here, and hopefully I can hang with him.”

Fisher left with a consolation prize. By beating Bubba Watson in the fourth round, Fisher will move into the top 50 in the world and qualify for the Masters. Tanihara also was assured of being in the top 50 to get into Augusta National for the first time in 10 years.