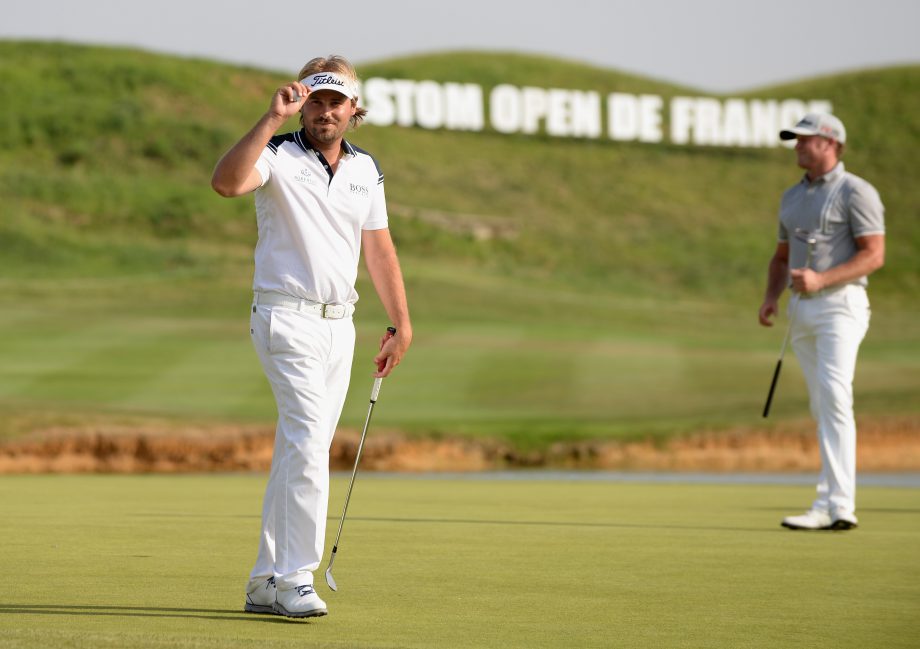 PARIS – Home favorite Victor Dubuisson was in a three-way tie for the lead after the second round of the French Open on Friday, while Ryder Cup teammate Graeme McDowell’s bid for a third successive title came to an early end.

Dubuisson and Spain’s Rafa Cabrera-Bello had been part of a four-way tie for the lead after the weather-delayed opening round was completed in the morning and they both carded a 1-under 70 in the second to finish the day level with Martin Kaymer (69). They had a 4-under 138 total.

Kaymer made four birdies to go with a double bogey on the 15th.

McDowell missed the cut on 8 over after a round of 78 that contained two double bogeys, three bogeys and no birdies. It was his worst score in 32 rounds at Le Golf National.