A dream pursued is a dream fulfilled 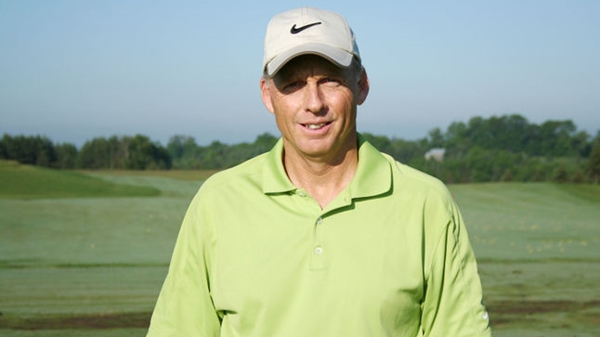 A s golfers, we’re reminded to enjoy every round as if it were our last. My reminder hit home with the loss of one of my lifelong friends in
January – Rick Sovereign – following his long and courageous battle with prostate cancer.

Rick was an accomplished golfer in both his amateur and professional careers. He worked at his game with relentless passion. Beyond his ball striking ability, I admired the way he treated everyone, as well as the camaraderie he inspired. He mentored countless people and was generous with his time. He made everyone he played with feel welcome and reminded us of the things in golf, and in life, that we too often take for granted.

He was as fierce a competitor as he was a consummate gentleman and exceptional human being. Canadian golf coach Ralph Bauer shared a sentiment with me that defined Rick’s influence: “Outside of my immediate family, I can’t think of anyone who’s had a greater impact on my life.”

The times Rick and I shared golfing are among my fondest memories. Like anyone who’s had the opportunity to play with a professional, I can appreciate those with a mastery of the game. Rick would give me 10 shots, five a side, each time we played. I lost most of those matches, but I gained something much more valuable.

Rick taught me what the game of golf really stood for. He was a far better player than I will ever be, but never arrogant about his ability. He challenged me to enjoy the experience regardless of outcome. He would talk about golf’s intangibles, the memorable moments, the beauty of the setting, and the challenge it represented. Any golfer can relate.

I hope every golfer has someone like Rick in their life. Someone who encourages us to enjoy the game for what it is. Someone who is thankful for the people that golf brings to our lives. Someone who reminds us why we love to play this game.

Before his passing, Rick demanded that his closest friends honour his memory by remembering to love the game for what it is. He challenged us to enjoy each round as if it were our last. Like our $5 matches, I look forward to the challenge.

Pursuit of a Dream

As the crowd followed the youthful champion seeking autographs, an older man stood in solitude against the setting sun.

His gaze into space was one of quiet reflection, leaving one to wonder what paths he had chosen.

His calloused hands were an example of maximum effort, and a symbol of sacrifices made along the way.

Deep wrinkles against a tanned face, were also a testament to the many hours dedicated to the dream.

Ultimately, age and disease would take their toll, on a once able body.

At first glance this was an image of despair, and that of a dying dream.

But upon closer examination there was a subtle smile, the type reserved for the satisfaction of being true to oneself.

One gets the feeling that the outcome didn’t matter, and a dream pursued is a dream fulfilled.

(Originally published in the April 2014 edition of Golf Canada magazine)