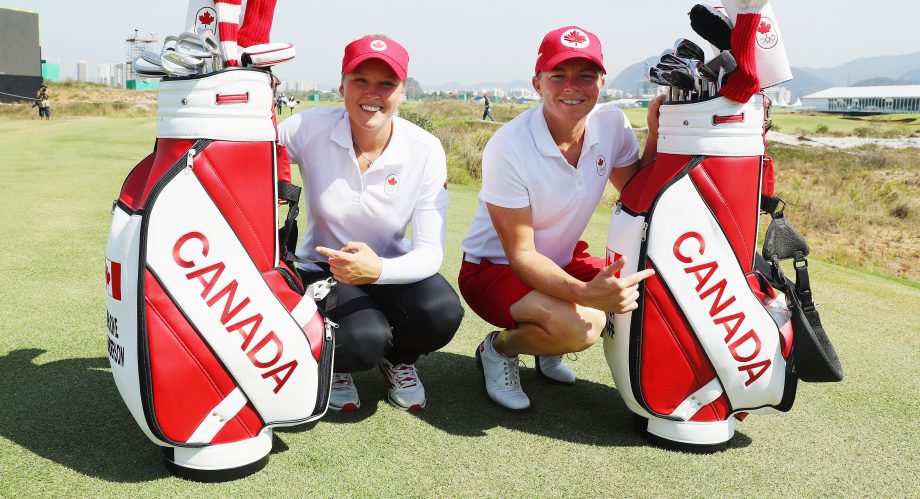 Rio de Janeiro, Brazil – The International Golf Federation has announced the draw for the first and second rounds of the Women’s Golf Competition at Rio 2016.

Brazil’s Miriam Nagl will represent the host nation as she tees off beside Ireland’s Leona Maguire and Malaysia’s Kelly Tan in the first group at 7:30 a.m. local time. They will make history as the Women’s Golf event returns to the Olympic Games following a 116-year hiatus.

American Margaret Abbott took home the Olympic Women’s Golf title when the event was last included in the Olympics at the 1900 Games in Paris.

World No. 3 Brooke Henderson will tee off first for the Canadian contingent at 9:14 a.m. alongside two-time major champion Suzann Pettersen of Norway and World No. 4 Lexi Thompson of the United States. Henderson has put together a strong 2016 season with two wins on the LPGA Tour, and is eyeing a podium spot at her first Olympic Games.

Fellow Canadian Alena Sharp will take to the course at 10:25 a.m. with Mexico’s Gaby Lopez and Shanshan Feng of China.

A full listing of the draw, which includes Wednesday and Thursday tee times, can be found here.

Despite battling an injured thumb, former World No. 1 Inbee Park of Korea will compete against the field of 60 alongside Spain’s Azahara Munoz and American Gerina Piller at 9:03 a.m.

Ariya Jutanugarn became the first golfer from Thailand to claim a major title when she emerged victorious at the 2016 RICOH Women’s British Open Championship, and will look to make more history in Rio. The second ranked Jutanugarn will tee off at 10:58 a.m. with Stacy Lewis of the United States and Korea’s Sei Young Kim.

World No. 1 Lydia Ko will headline the final group of Wednesday’s opening round. The New Zealand native will tee off at 11:09 a.m. in the company of Sweden’s Anna Nordqvist, and Charley Hull of Great Britain.