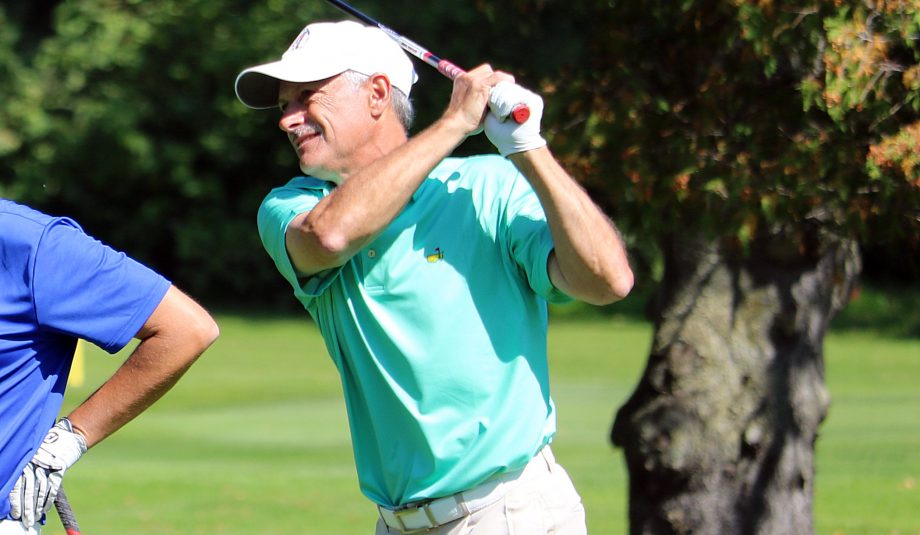 Following his round today, the Savannah, GA, native gave credit to dialed-in approach shots and club selection off the tee for the lead.

“I could have gone really low on the front nine today; I hit it close to a few pins and made a couple of short putts for birdie to get a couple under early,” said Hanzel, who won the U.S. Senior Amateur title in 2013. “The back was pretty uneventful; I hit it decent. Game plan for tomorrow is to keep doing the same – only hit a couple drivers. You don’t need to hit drivers much here. I went with a lot of rescues and 3-woods and plan on doing the same again.”

Trailing Hanzel by three-shots is Gene Elliott of West Des Moines, IA. The American carded the low round of the tournament Wednesday, a 4-under 66, to climb 14 spots into second at 3 over. (213).

Two additional Americans round out to the top 3. Buzz Fly of Memphis and Paul Simson of Raleigh, N.C., hold a share of third at 4-over (214).

The winner of this year’s championship will earn an exemption into the 2018 U.S. Men’s Senior Amateur Championship at Eugene Country Club in Eugene, Ore., from August 25th to 30th.

The Canadian Senior Men’s Championship continues Thursday with the final round beginning at 8 a.m. EDT.

Additional information, including tee times, for the Canadian Men’s Senior Championship can be found here.