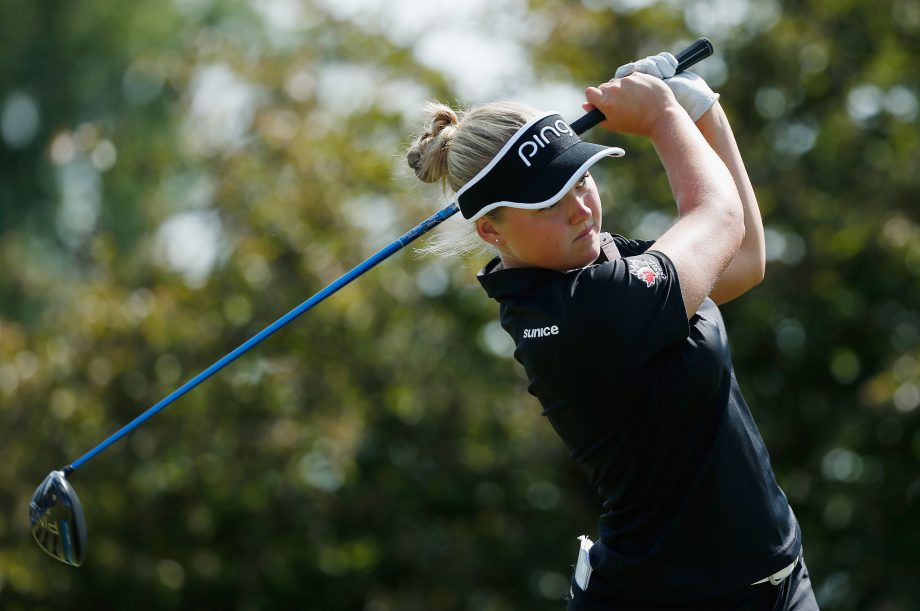 Ardina, from the Philippines, shot a 7-under 65 at Blackthorn to take a 10-under 134 total into the final round.

“It was a lot of fun, my ball striking today was a lot better than yesterday and that was a big key,” said Henderson. “I didn’t give myself a lot of long birdie putts and the short ones I was able to make, which is awesome. My putter has been a little off and on the last couple weeks and today it was definitely on.”

Henderson started on the back nine and birdied the 11th hole before adding three more birdies on 14, 15 and 16. She closed her round with back-to-back birdies on eight and nine.

“My game is feeling pretty good, but I know I have a lot of work to do and I’m far from where I want to be,” said Henderson. “Rounds like this are really confidence boosters. There is a lot of golf left and a lot of great players up there on the leaderboard. I know I’ll have to post another really good round tomorrow to come away with the win.”

Henderson is playing the tournament as a non-member on a sponsor invite. Any money earned on the Symetra Tour doesn’t count towards the Volvik Race for the Card money list. She has earned $317,470 in seven LPGA Tour events this season, the equivalent of 20th on the LPGA money list.

Henderson will be aiming for her third win as a professional on Sunday.

Japan’s Chie Arimura was third at 6 under after a 66.