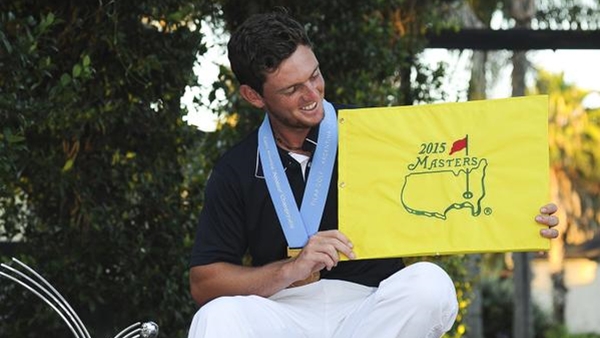 BUENOS AIRES, Argentina – Matias Dominguez closed with a 1-under 71 on Sunday to win the inaugural Latin American Amateur Championship, earning a spot at Augusta National in April as the first player from Chile at the Masters in more than 50 years.

After two bogeys on the last three holes, Dominguez won at Pilar Golf Club by one shot over Alejandro Tosti of Argentina, who also shot a 71.

Alvaro Ortiz, the brother of PGA Tour player Carlos Ortiz of Mexico, bogeyed the 18th for a 67 and finished two shots behind.

Dominguez, a senior at Texas Tech, finished at 11-under 277.

Along with a spot in the Masters, Dominguez is exempt into the U.S. Amateur and British Amateur, and the final stage of qualifying for the U.S. Open and British Open.