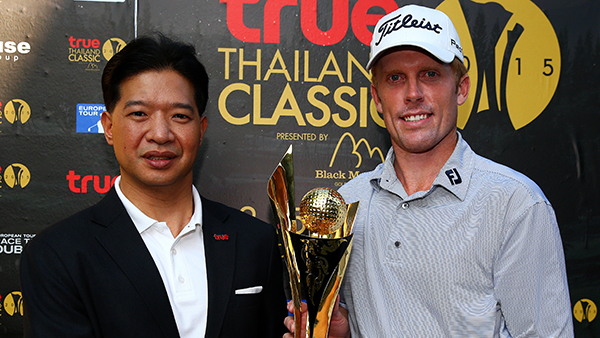 With overnight leader Hend, who started the round with a one-stroke lead, and Thongchai struggling on the greens, Dodt produced a bogey-free 67 to seal the victory with a 16-under-par 272.

It was the 29-year-old’s second European Tour win after he won in Great Noida, India five years ago.

“There are no thoughts at the moment. I’m speechless,” Dodt said. “I played well. I got off to a good start today, hung in there during the middle, tried to make pars on the tougher holes.”

Six-time European Tour winner Thongchai, with four birdies against a bogey and a double bogey, settled for a final-round 71 and second with Hend, whose final round included three birdies and three bogeys for a 72.

Canadian Richard T. Lee finished tied 4th after a bogey-free final-round 66 for a 274, along with Kiradech Aphibarnrat (70) and American Jason Knutzon (67).