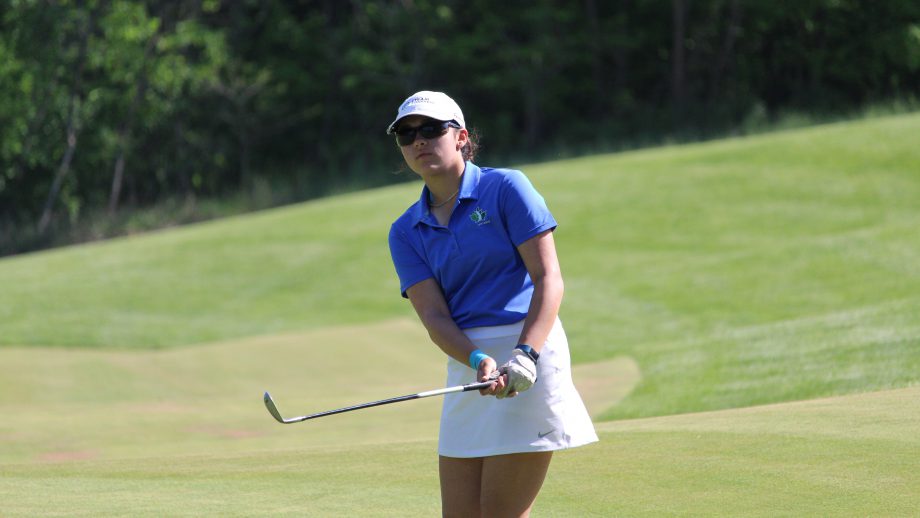 Laurent Desmarchais and Cam Kellett share the lead in the Boys Division at the Future Links, driven by Acura Ontario Championship after the opening round on Friday, while Hailey McLaughlin is at the top of the Girls Division at Otter Creek Golf Club, in Otterville, Ont.

Desmarchais and Kellett shot a 3-under 68.

Desmarchais, from Longueuil, Qce., got off to a good start with four birdies on his front nine and continued with four more birdies on the back nine.

“The course was in good shape and the greens were pretty bumpy, but I made a few good putts, and I played well today,” said Desmarchais.

Kellett, from London, Ont., got off to a fast start with three birdies in his first seven holes, but slowed down after he made the turn to the back nine and recorded bogeys on holes 10 and 11, before bouncing back with birdies on holes 14 and 16.

“My short game was solid, and I made a few birdies on holes I shouldn’t have and birdied a couple par 5s. Overall it was a solid day,” said Kellett.

In the Girls Division, McLaughlin topped the leaderboard with a 2-over-par 74.

Sitting two shots back of McLaughlin in a three-way tie for second place are Jasmine Ly (Windsor, Ont.), Haley Yerxa (Ottawa, Ont.), and Taylor Kehoe (Strathroy, Ont.) who all shot 4-over 76.

Team Canada Development Squad members Alyssa DiMarcantonio and Monet Chun sit a few places behind after firing a 79 and 80, respectively.

Round one results can be found here.