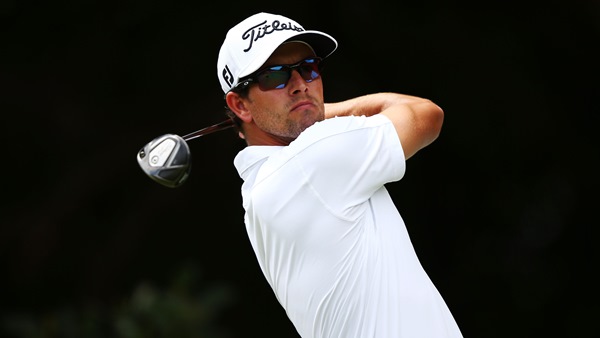 KAPALUA, Hawaii – The Tournament of Champions has all the PGA Tour winners from the previous year, but that doesn’t translate into the strongest field. Only six of the top 20 at are Kapalua to start the new year, led by Masters champion Adam Scott at No. 2.

Tiger Woods and Phil Mickelson are sitting this one out, as they have for years now. Henrik Stenson, Justin Rose and Graeme McDowell also stayed home because they are members of the PGA and European tours and played deep into 2013.

The field is a better reflection of just how hard it is getting to win on the PGA Tour.

The list of those who failed to qualify is nearly as impressive as those who did – Rory McIlroy, Steve Stricker and Sergio Garcia from the top 10 in the world, along with Jason Day, Ian Poulter, Luke Donald, Charl Schwartzel, Jim Furyk and Keegan Bradley to round out the top 20.

Only nine players who were in the field at Kapalua have returned this year, starting with defending champion Dustin Johnson.

This is worth keeping in mind going into a Ryder Cup year.

The strength of a team is not always who’s playing, but who is not. Europe was at its strongest in the mid-2000s when players like Rose, Poulter, Casey and Garcia were not locks to make the team. That led Colin Montgomerie to suggest that Europe was deep enough to field two teams.

To consider the strength of the Americans right now, consider the Presidents Cup three months ago. The team featured the usual suspects of Woods, Mickelson and Stricker. But look at who didn’t make that team – Furyk, Watson, Dustin Johnson.

That could shape up as one of the top story lines for 2014 as players try to make their respective Ryder Cup teams. It won’t be easy.

“You’ve got to look at 10 guys vying for seven spots,” McDowell said of Europe’s team. “There’s going to be two or three guys who miss – good players, quality players. I would assume (Captain Paul) McGinley’s wild cards are going to be very hotly contested. No doubt it’s going to be a tough team to get on.”
___

THE KING PAYS TRIBUTE: In his final “State of the Game” published on Golf Channel’s website, Arnold Palmer offered poignant tributes to some of the golf personalities who died in 2013. He also wanted to set the record straight that Frank Stranahan had as much to do with invigorating the British Open as Palmer did.

The British Open didn’t always get the best players, mainly because it cost more money to get there than players made in the tournament. Palmer went over in 1960, having won the first two majors that year, and he won the claret jug in 1961 and 1962.

“I am often given credit for ”salvaging“ the British Open in the early 1960s,” Palmer wrote. “We can argue whether or not the game’s most historic championship really was in danger of sinking, but it is safe to say that after World War II, many American competitors simply found it easy and more profitable to compete here in the United States. Frank never quit on the Open. He continued to compete there on a regular basis, and finished second in 1947 and 1953.

“His devotion to the Open Championship is what inspired me to go over in 1960. I won the following year, and I’ve been credited ever since with ”saving“ the Open, but it was Frank who paved the way.”
___

MILLER TIME: No other golf announcer gets under a player’s skin like Johnny Miller, who has developed his own style – and vocabulary – in his 20 years with NBC Sports. Could the two-time major champion take it as well as he can dish it out?

He said on a conference call leading to the Tournament of Champions that he played in a different era of TV commentary.

“In my era, nobody said anything but namby-pamby stuff,” Miller said. “Nobody ever said anything that would make you upset. As Dave Marr said, we were just gilding the road back then, just making everybody look good.”

Miller does believe in compliments. He’s not afraid to praise. But he believes golf is much bigger than it was in the 1970s, and viewership expects more.

“It’s not just a cute little sport, or an awesome game,” he said. “Now it’s sort of a world sport, and in the public view, they want more than, ‘That was a fantastic wedge shot 30 feet right of the hole.’ That’s not what they want to hear.

“I hate to say it, but I’m probably the guy that got announcing a little bit more real, sort of an ‘X Games’ type of announcer,” he said. “And sometimes I wish I wasn’t the way I am, but that’s the way I talk about my own game, so it’s just the way I viewed it. I wasn’t trying to rip anybody, but I have a high standard, and I feel like the best players in the world should perform. And if they don’t, I’m not going to just say, ‘Oh, that was a bad break’ or something.”
___

GOLF CHANNEL ON RADIO: Golf Channel no longer will just be seen. Starting this year, it also will be heard.

Golf Channel is expanding to radio for the first time in a broadcast agreement with SiriusXM. Programming will start Monday on SiriusXM PGA Tour Radio (XM channel 93, Sirius channel 208).

The programming that will be featured on radio includes “Morning Drive” hosted by Gary Williams, which is a natural fit. When “Morning Drive” began, its studio looked like it was built for a radio talk show. The only problem was it could only be seen on television.

SiriusXM already has beefed up its programming this year with shows hosted by the likes of Ian Poulter, Henrik Stenson and Ben Crenshaw.
___

MR. CLUTCH: Jack Nicklaus is regarded as golf’s most clutch putter during his generation. That apparently included playing against his sons.

Jack Nicklaus II was asked recently if he could recall the first time he beat his father.

Nicklaus said all four of his sons have beaten him in casual games. But he never let them win.

“If I had a 30-foot putt to keep one of them from beating me, I probably made it,” Nicklaus said. “And the reason for that is that I’ve always felt like I don’t want to ever give them anything. If they’re going to beat me, they’ve got to beat me, and I think when you do that, then they feel like they’ve really earned it.”
___

DIVOTS: More than just PGA Tour winners are at Kapalua this week. In the days before tournament week starts, the Plantation Course featured Rory Sabbatini, Scott Piercy and Scott Verplank, all of whom are on Maui for vacation. Verplank is taking an exemption for career money and will make his first start next week in the Sony Open. He said he last played Waialae in 1987. … Ryo Ishikawa, who earned his PGA Tour card back through the Web.com Tour Finals, moved to the top of the priority ranking in the first reshuffle on the strength of a runner-up finish in Las Vegas. … The 30-man field at Kapalua includes 13 first-time winners.

STAT OF THE WEEK: Tiger Woods is the only player to win the Tournament of Champions and a major in the same year since it moved to Kapalua in 1999.

FINAL WORD: “It’s hard to predict golf. It was pretty easy to predict Tiger there for a while.” –  Johnny Miller.