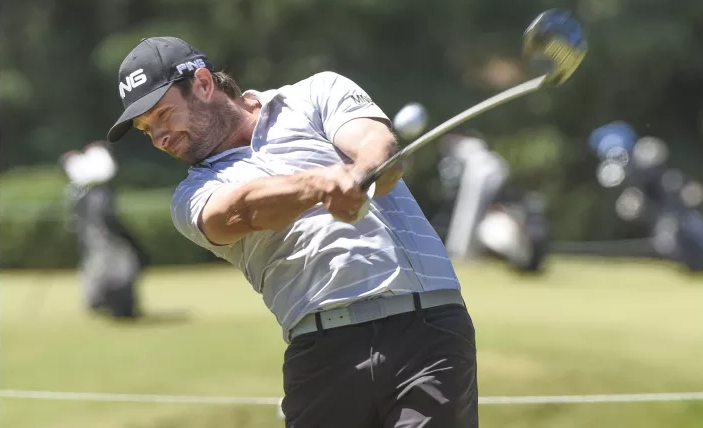 LUJAN, Argentina – The par saving 18-footer he made on the 54th hole on Saturday afternoon turned out to be the Argentina Classic title clincher for Spain’s Samuel Del Val.

The 29-year old was declared the winner of the 16th tournament of the PGA TOUR Latinoamérica season when thunderstorms moved into the Club Campos de Golf Las Praderas de Lujan to force the cancellation of the fourth round on Sunday.

After postponing the start of the final round several times throughout the day, PGA TOUR Latinoamérica officials found the course saturated by rain that made it unplayable. The final round was cancelled at 12:50 p.m.

Del Val, who posted rounds of 69-66-68, secured the title with a score of 13-under 203. He won by one over Augusto Núñez of Argentina and Derek Gillespie of Oshawa, Ont.

“This is a long-awaited victory. I’ve been seeking this win for four years and it’s finally here,” said the champion who had had two runner-up finishes in 58 previous starts thru four seasons in Latin America.

“When stuff like this happens is hard to control the emotions. You really don’t know if you are going to play or not, but I kept telling myself that we were going to play and that is was going to be a long day, a good battle with several good players near the top. You know we didn’t play and I guess it was enough to claim the win, so I’m very happy for the way things turned out.”