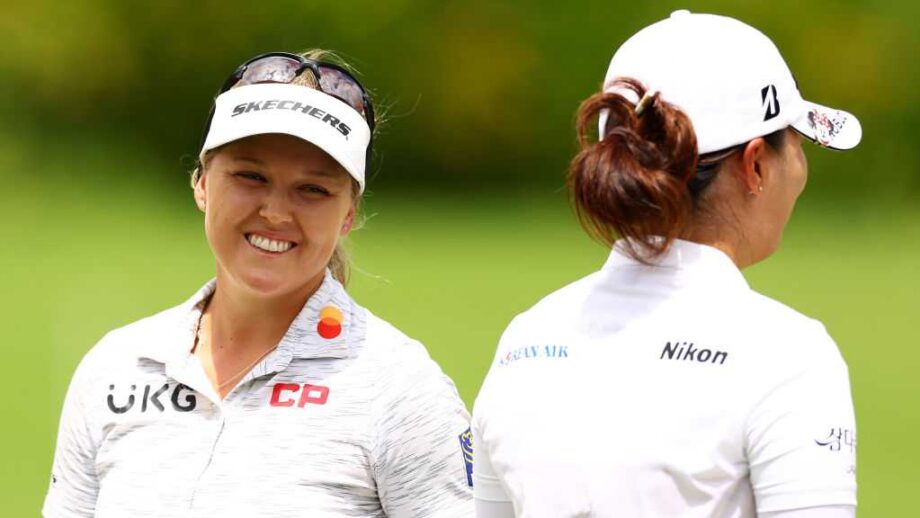 Golf Canada, in partnership with title sponsor Canadian Pacific (CP), has announced that many of the world’s top players have committed to compete in the celebrated return of the 2022 CP Women’s Open from August 22-28 at Ottawa Hunt and Golf Club in Ottawa.

Leading the charge is defending champion Jin Young Ko, currently ranked no. 1 in the world and no. 9 on the current LPGA Tour Money List, who won in 2019—more than 1,000 days ago—prior to the past two of cancellation due the global pandemic.

Local favourite and 11-time LPGA Tour winner Brooke Henderson of Smiths Falls, Ont., an honorary member of Ottawa Hunt currently ranked no. 10 on the LPGA Tour money list, will join Ko in leading a field of early commitments that include 16 of the top 20 players on the current LPGA Tour money list (10 of the top-10 & 41 of the top-50), seven past CP Women’s Open championships, and 11 in year winners including all 2022 Major winners.

The early player commitments to challenge for the $2.35 million USD purse—one of the largest prizes on the LPGA Tour—will include golf’s brightest stars along with rising talents in Canadian golf.

Henderson, a CP Ambassador who made history at the Wascana Country Club in Regina in 2018 becoming the first Canadian since the late Jocelyne Bourassa 45 years earlier to win Canada’s National Women’s Open, will be joined in Ottawa by fellow Canadians Maude-Aimee Leblanc, Maddie Szeryk, Alena Sharp, Jaclyn Lee, Rebecca Lee-Bentham and Selena Costabile, as well as a collection of talented Canadian athletes who are expected to receive tournament exemptions in the coming weeks to compete in Canada’s National Women’s Open Championship.

Canadian golf legend Lorie Kane of Charlottetown, PEI, a member of the Canadian Golf Hall of Fame, Order of Canada, and recent inductee into Canada’s Sports Hall of Fame, will compete in her record 30th CP Women’s Open. A four-time winner on the LPGA Tour, Kane has confirmed that the 2022 event will be her final playing appearance in Canada’s National Women’s Open Championship.

The 156-player field will be returning to the national capital for a fifth time with Ottawa Hunt ready to host their fourth CP Women’s Open and first since 2017. The club is working its way back to premium form following a major storm back in mid-May which caused extensive damage to the golf course including the removal of 1,100 trees on the property.

The 2022 edition of the CP Women’s Open will be a be celebrated return to the LPGA schedule and the community is excited with a full roster of 1,300 volunteers confirmed for the event. Ottawa golf fans turned out in record fashion in 2017 to cheer on Henderson, the local sensation along with the stars of the LPGA Tour. Ticket sales are moving with great pace and one of the largest corporate build footprints in event history will see fan and hospitality structures located on holes 15 through 18.

“Together with our friends at CP we are very proud after two years of cancellation to be back in our nation’s capital in a big way for the celebrated return of the CP Women’s Open,” said Tournament Director Ryan Paul. “Golf fans in this community have gotten behind our National Women’s Open Championship in a major way and with the additional of fabulous new fan and partner activations as well as digital enhancements to the tournament experience, we can’t wait to get back to Ottawa Hunt and put on an can’t miss summer celebration.”

CP HAS HEART CHARITY CAMPAIGN TO BENEFIT THE CHEO FOUNDATION:
Canadian Pacific and Golf Canada are proud to support the Children’s Hospital of Eastern Ontario (CHEO) Foundation as the primary charitable beneficiary for the 2022 Canadian Pacific Women’s Open. Among the charitable engagements tournament week will be the Birdies for Heart hole on no. 15 at Ottawa Hunt with $5,000 donation made for every birdie made on the hole during the four rounds of the competition. In addition, CP is also proud to support a community beneficiary in the Perth and Smiths Falls District Hospital Foundation in support paediatric cardiac care. In the nine years of CP’s title sponsorship of the CP Women’s Open, more than $13 million has been raised to support children’s heart health in Canada.

KIDS 12-AND-UNDER GET IN FREE…
Golf Canada and CP are committed to offering a fan friendly, family event with the CP Women’s Open. To introduce more juniors to the sport, children aged 12-and-under get FREE admission to the CP Women’s Open for the entire week.