Day gets the No. 1 ranking and the Match Play title 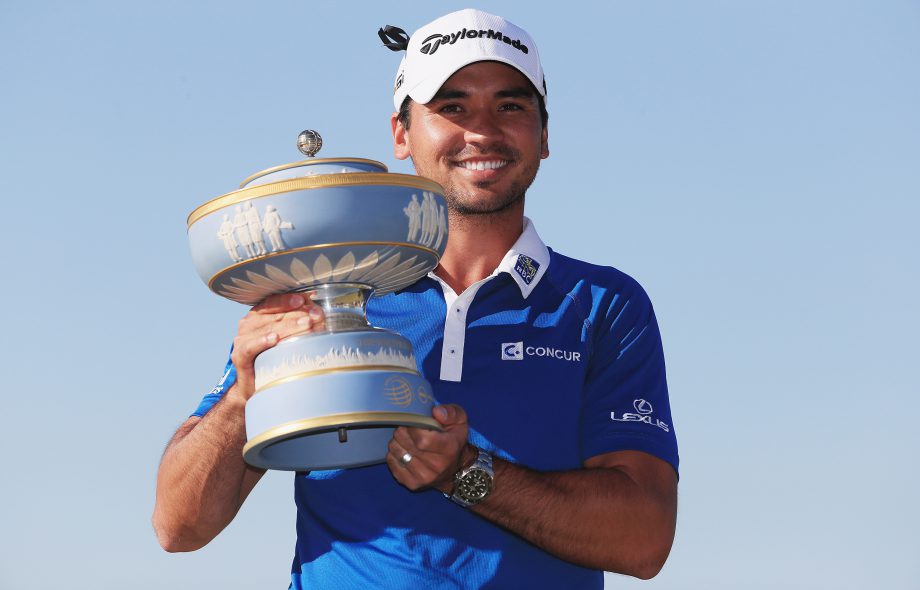 AUSTIN, Texas – Jason Day made his return to No. 1 in the world feel even sweeter Sunday by winning the Dell Match Play.

Day outlasted Rory McIlroy in an epic battle in the morning semifinals by making a 12-foot par putt on the 18th hole. The championship match against Louis Oosthuizen turned into a victory lap at Austin Country Club.

And to think Day thought about pulling out Thursday morning when his back seized up on him. Three days later, he looked better than ever.

“It’s been a memorable week, not only to win the Dell Match Play but to get back to No. 1 in the world,” Day said.

Day pulled ahead with a 10-foot birdie putt on the par-3 fourth hole, stretched his lead to 3 up at the turn and was relentless with his power and short game the rest of the way. He closed out Oosthuizen with a wedge to 3 feet for a conceded birdie on the 14th hole and a 5-and-4 victory.

It was the largest margin in the championship match since Tiger Woods beat Stewart Cink, 8 and 7, in 2008 at Dove Mountain in a 36-hole match.

Day was assured of the No. 1 ranking when Jordan Spieth lost Saturday morning in the fourth round and Day won his quarterfinal match that afternoon. But he said it would have felt hollow without leaving town with the trophy.

Oosthuizen, who knocked out Spieth, won the opening hole with a par and that was it. His only birdie was an 8-foot putt on No. 5 after Day had stuffed his wedge from the rough into 2 feet.

“I couldn’t buy a birdie,” Oosthuizen said. “I played OK, but nothing spectacular. Up against a guy like Jason, you need to play 3 or 4 under to have a chance.”

Day joined Woods and Geoff Ogilvy as the only multiple winners of the Match Play. Along with replacing Spieth at No. 1 in the world, the 28-year-old Australian figures to be the favorite when he goes to Augusta National next week to start preparing for the Masters on April 7-10.

Day, coming off a victory last week in the Arnold Palmer Invitational, has won six of his last 13 tournaments dating to the PGA Championship.

None of this looked possible when he winced and grabbed his back on the final hole he played in his 3-and-2 victory over Graeme McDowell on Wednesday. Day said he thought about going back to Ohio for tests, especially with the Masters around the corner. He went through therapy every day, and stuck it out. And while his back got progressively better, so did his game.

Day played only 101 holes over seven matches – one match was six holes when Paul Casey withdrew with a stomach ailment – and only had one match go the distance.

Rafa Cabrera Bello of Spain, who lost to Oosthuizen in the other semifinal, won the last three holes to beat McIlroy in the consolation match. The real consolation for the Spaniard was moving into the top 50 in the world ranking to earn a trip to the Masters for the first time.

Day might have won this tournament in the morning.

His semifinal match with McIlroy – only the second semifinal in the 18-year history of this event that the Nos. 2 and 3 seeds met – lived up to the expectation. The lead changed seven times. They combined for 11 birdies in chilly, blustery conditions.

The match turned on the 11th hole when Day got up-and-down for par with a 12-foot putt, while McIlroy missed a 6-foot birdie. Day got up-and-down eight times in his match against McIlroy. On the par-5 12th, McIlroy was first to hit and played well right of the green, away from the water. Day took on the hazard, and his shot cleared the water by about a foot to set up a two-putter birdie that gave him the lead for good.

Day had never seen the 18th hole in his life until he had to get up-and-down from a tough spot short and left of the pin. He played the slope too hard and the ball rolled 12 feet on the other side of the hole. McIlroy was 6 feet away for par when Day made the putt to win.

Oosthuizen was no match for him in the warmth of the afternoon. The South African hit out of a bunker into the hazard to lose the third hole, missed a 7-foot par putt on the seventh hole to fall 2 down, and Day took control with a 6-foot birdie on the ninth.