Day a favourite at Masters, where he once thought of quitting 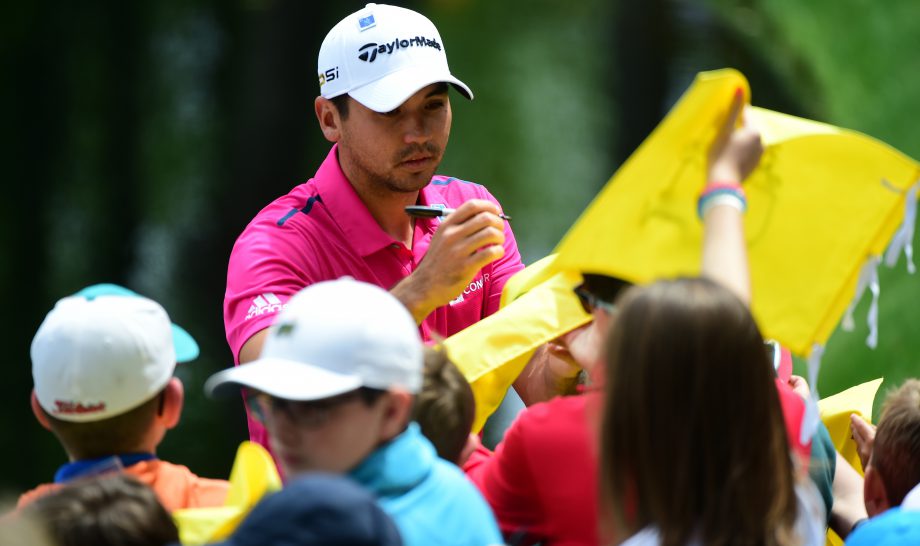 AUGUSTA, Ga. – Jason Day was lurking just outside Augusta National Golf Club, wondering if he wanted to go in.

Even though he was set to play in his first Masters in 2011, Day thought it might be time to do something else.

Whether he was really serious about quitting, no one will ever really know. Certainly, it’s not a consideration these days.

As the 28-year-old Aussie prepares to tee off in the Masters for the sixth time Thursday, he’s ranked No. 1 in the world and coming off his first major championship, one of the favourites along with defending champion Jordan Spieth and four-time major winner Rory McIlroy.

“I feel comfortable around this course,” Day said. “I know it sets up well for me. It’s a golf course where I can compete and play well and win.”

Working against Day: the last top-ranked player to win at Augusta was Tiger Woods in 2002.

Indeed, this might be the most wide-open Masters since the pre-Tiger days.

Spieth captured the first two majors of 2015 and nearly won the other two. McIlroy is missing only the Masters from a career Grand Slam. Day and 2013 Masters champion Adam Scott are both two-time winners on the PGA Tour this year. Two other Masters champs, Bubba Watson and Charl Schwartzel, also have victories in 2016. So does rising Japanese star Hideki Matsuyama, and let’s not forget Phil Mickelson, a three-time Masters winner and hardly ready to fade away at age 45.

“There’s a lot of guys who have a lot of success here that really brought some strong finishes and motivation and some momentum into this week,” said Spieth, who tied for second in his Masters debut in 2014 before cruising to victory with an 18-under score a year ago. “I know that the people who are down maybe a few _ three, four, five shots after the first couple of rounds _ are capable of making up a lot of ground here.”

Coming off one of the greatest years in golf history, Spieth isn’t even rated the favourite.

That would be Day.

“He can be the favourite,” Spieth said with a shrug. “We’ll go ahead and just do our thing.”

Day hardly felt like the man to beat before the Masters five years ago.

In fact, he had totally lost his love for the game.

“You have to perform, because if you don’t perform, then you’re off the tour,” Day said. “Then you start stressing about, ‘OK, is there enough money up to get my card for next year.’ And then you start losing a little bit of confidence. Then you start getting frustrated out there, and then you don’t practice because you’re frustrated with how you’re playing, and it’s a downward spiral from there.”

Right before the Masters, it almost came to a head during a meeting with his wife, his agent and his sports psychologist.

“I’m like, ‘I just do not like the game right now. I’m just having a very, very hard time picking up the golf club to even just enjoy myself out there,”’ Day said. “But we came to the conclusion of just going and saying, ‘This might be my last Masters ever playing, I may as well enjoy it.’

“So,” he added, with a smile, “I went out there and finished second.”

So much for finding another line of work.

Day followed up with a third-place showing in 2013. Now, having romped to victory at last year’s PGA Championship, he’s rounded out golf’s new Big Three with McIlroy and Spieth.

McIlroy, who looked to be in a league of his own just two summers ago, is now chasing the others.

That, of course, is a bit annoying for the 26-year-old from Northern Ireland.

“I’d be lying if I said those two guys having success doesn’t motivate me,” McIlroy said. “I don’t want to be left behind. I want to be part of that conversation. I’m clinging on at the moment. A few wins will change that.”

He’s not lacking for confidence at Augusta National, a place where he took a four-stroke lead to the final round in 2011 only to throw it all away with a closing 80. He’s finished in the top 10 the last two years but hasn’t really been a serious contender, leaving the Masters as the only major absent from his resume.

“This is one I wish I had caught earlier,” McIlroy, showing the impatience of youth. “You would think that this is a golf course that I can definitely win on. I know that. I just haven’t quite been able to get myself over the hurdle.”

Only five players have captured the modern version of the Grand Slam.

McIlroy is eager to join the exclusive club – the sooner, the better.

“I feel like I’ve got everything I need to become a Masters champion,” he said. “But I think each and every year that passes that I don’t, it will become increasingly more difficult. So there’s no time like the present to get it done.”