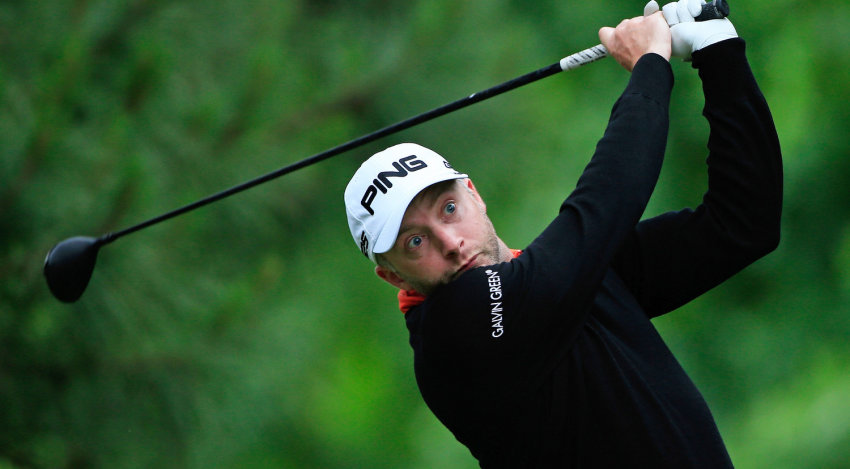 The 33-year old reached 13-under through two rounds and led by one shot over Taiwan’s C.T. Pan, Florida’s Chase Marinell and Michigan’s Ryan Brehm heading into the weekend.

“It’s what we’re all looking for and where we want to be, so I’m looking forward to it,” said Skinns of the chance to compete over the weekend. “I’ve played the par-5s decent and hit a lot of greens, so it’s been nice.”

Skinns finished tied for sixth at Wildfire in 2013, one of four top-10s that season, and said competing on a familiar layout helped him after he only arrived on-site Wednesday, having spent the previous five days at home to visit his wife Kristin and 1-year old son, Brayden.

“It’s just such a pleasure to play this golf course. You stand there and look at it, and it’s just a really nice place to be,” said Skinns, who played on the Web.com Tour last season but finished 101st on the Money List and returned to the Mackenzie Tour this season. “In 2013 I felt like I was in contention every other week, so I was able to get into the flow. This year I felt like it was a little more sporadic.”

Pan and Marinell, who shared the first round lead with four others after opening with a 8-under 64s, were tied with Brehm two shots heading back into the weekend. For Marinell, who owns three top-10 finishes on Tour this season, the weekend represents another chance to gain valuable experience in his first year on the Mackenzie Tour.

“It’s never easy being in contention, but you just know how to handle yourself and what to do and how to take your medicine. I know a lot more about that now, so I think I’m going to handle myself great this weekend,” said Marinell.

A shot further behind in a tie for fifth were Peterborough’s own Ted Brown and last week’s winner at The Great Waterway Classic, Brad Clapp and long with New York’s Michael Miller at 11-under.