David Hearn pauses to give back 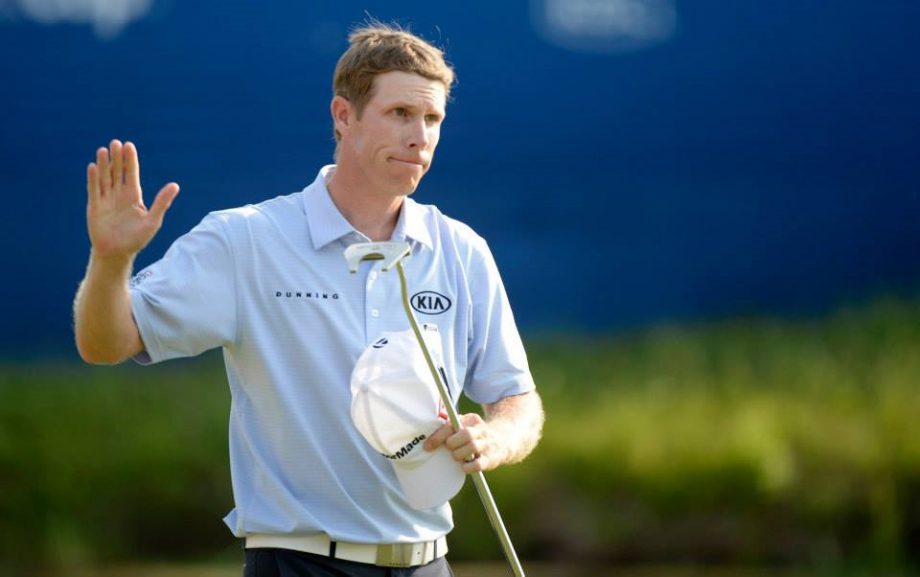 And, you could say the launch of the David Hearn Foundation – which was officially announced Wednesday of Canadian Open week – was a resounding success.

Hearn, whose great-grandmother and grandmother both suffered from the disease, said that given the personal, direct impact Alzheimer’s has had on his life, he felt a need to formally get involved with the cause, and help those who are affected by it.

“When I started playing PGA Tour golf I never envisioned I’d be at this point. But, it’s really nice to get here now,” Hearn said Monday from Beverly Golf and Country Club in Hamilton, Ont.

The foundation will fundraise for projects that will help build on and expand programs and services for those with Alzheimer’s across the country. The direct focus of the foundation is to support the Alzheimer’s Society nationwide work in improving care for Canadians with the disease.

“We’re grateful for David’s work in supporting dementia in the community and thrilled he has chosen the Alzheimer Society as his charity partner. The foundation is an incredible opportunity to further enhance the lives and well-being of all Canadians affected by Alzheimer’s disease,” said Mimi Lowi-Young, the CEO of the Alzheimer Society of Canada, in a press release.

The release further stated the foundation “will aim to increase awareness, enhance the quality of life for those affected by the disease, raise funds to research best practices and implement them in communities across the country.”

Hearn said he saw the positive impact the Mike Weir Foundation and the Graham & Ruby DeLaet Foundation has had on Canadians, and knew he wanted to get involved as well.

“Starting the foundation was the next step in my charitable endeavors,” explained Hearn.

Hearn’s charity tournament directly supports the Alzheimer Society of Brant, Haldimand-Norfolk and Hamilton-Halton. Hearn was thrilled to see the outpouring of support.

Before the day began, he assumed the attendees would raise more money than they ever had before.

“It’s exciting to see these tournaments grow,” said the 36-year-old, who still lives in Brantford for half the year.

As a long-time member of the PGA Tour, Hearn has made over $6 million (USD) in his career, including nearly $1.8 million this season alone. Hearn said giving back is what the PGA Tour stands for, and he’s happy to do his part.

“If you talk to anyone who is related to the Tour, our number-one goal is to raise money for charity,” he explained. “We play for a lot of money and the golf tournaments are exciting to watch, but each and every tournament, the benefactors are charities.

“So much of what the PGA Tour is about is about giving back and being charitable. It’s in the fabric of what we do. To have a foundation and be able to do that is really exciting,” he continued.

Despite falling just short at Glen Abbey – “I gave myself a chance right until the very end,” he explained – Hearn said his experience during the Canadian Open week was something he would remember for the rest of his life.

Hearn will now enjoy two weeks off – including a full week without swinging a golf club, he said – before playing the PGA Championship.