David Duval to join Golf Channel as a studio analyst 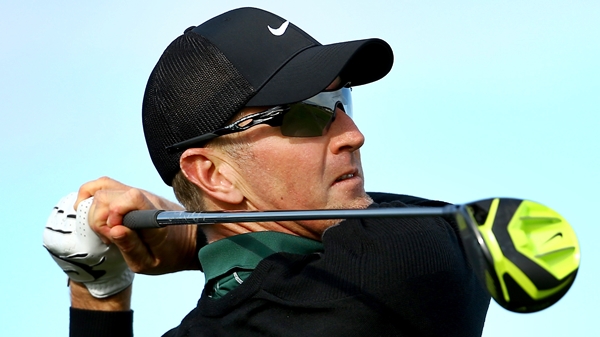 KAPALUA, Hawaii – David Duval is joining Golf Channel as a studio analyst for some of the biggest tournaments, giving him a voice in the game at a time he can no longer rely on his health.

He will make his debut in two weeks at the Humana Challenge, where he shot 59 in the final round 15 years ago during his rise to No. 1 in the world.

Duval said Tuesday he does not consider this a step toward retirement from the PGA Tour. The 2001 British Open champion has been coping with injuries the better part of the last decade and has not had a full-exempt card on tour since 2011.

“It’s a way to be involved in the game I love so much and to learn another facet of it,” Duval said from his home in Denver. “I think I can be a voice of the players, too, because it’s a current voice. Let’s see what happens and where it goes.”

The Golf Channel schedule should allow him to remain active for the few tournaments he can enter on his limited past champion’s status and whatever exemptions he is offered. He plans to play the AT&T Pebble Beach National Pro-Am next month.

Still, this represents a big transition for a player who once was one of the strongest rivals to Tiger Woods at his peak.

Duval did some TV work at the U.S. Open in 2012 at Olympic Club and has dabbled in television at some of the majors, along with the BMW Championship last year when it was held in Denver. Golf Channel plans to use him as a studio analyst for its pregame and postgame shows with Brandel Chamblee for the majors, World Golf Championships, FedEx Cup playoffs, The Players Championship, Florida swing and Presidents Cup or Ryder Cup.

“As a former world No. 1 and a major champion, he brings so much added perspective to this team,” Golf Channel executive producer Molly Solomon said. “He makes the team stronger. We’ve been talking to him for a year about this. We found we could create a schedule where he could continue to play.”

Duval is regarded as introspective and well-read, and at times self-deprecating.

“Most of all, I value his candor,” Solomon said. “Thoughtful conversation about golf is compelling television.”

Duval’s last victory was the Dunlop Phoenix in 2001, the year he won the British Open at Royal Lytham & St. Annes. His game took a mysterious turn for the worse a few years later with a series of injuries, a drop in confidence and a run of swing coaches. He pledged last year that he would stop asking for exemptions, and while he said it was important to honor that commitment, he made it on the assumption he would be in good health.

He spent the second half of last year coping with a strain in his right elbow that led him to withdraw three times.

A move to television, whether that becomes a full-time job or allows him to talk and play, was intriguing to him.

“It gives you a new perspective,” he said. “We’re constantly told this as players, but you realize it even that much more how much TV people are partners. The hours the folks put in is staggering. There are long days and lots of homework and preparation that you don’t think about when you’re playing. It’s exciting and fun to do this now.”