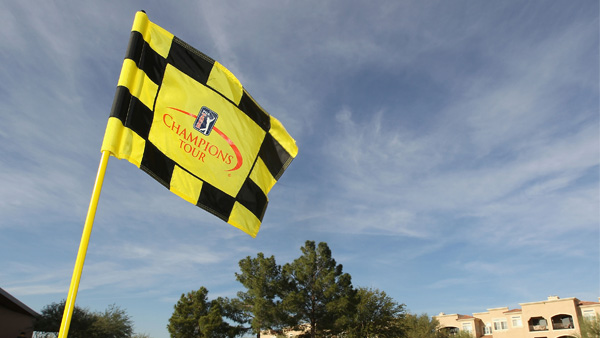 Despite struggling in Rd. 3 of the Champions Tour regional qualifier in Florida, Darryl James still finds himself well within the cut line.

The four-time Alberta Amateur Champion carded a 9-over par 81 on Thursday, but rounds of 69 and 72 earlier in the week have given James some cushion room.

He is currently in a four-way tie for fifth place with Kevin Burton, Doug Rohrbaugh and Fran Quinn.

Two other Canadians also have a solid chance at advancing to the final stage, scheduled to get underway on November 18.

Quebec’s Remi Bouchard (T-30) continued his consistent play at Orange County National with a 74 in Rd. 3, while Sanford, Ontario’s Ken Tarling (T18), who also shot a 74 on Thursday, sits one stroke back of advancing at the qualifier in Texas.

It has not been a successful week for Mark Rypien (35th in Cal.), Marc Hurtubise (40th in Cal.), J.C. LeBlanc (68th in Fla.) and Michael Dagenais (T-59 in Fla.).  It is unlikely that they will advance to the final stage, but anything can happen on day four of a qualifying tournament.