Danielson leads by one in Ottawa, Canada’s Blair Hamilton one back 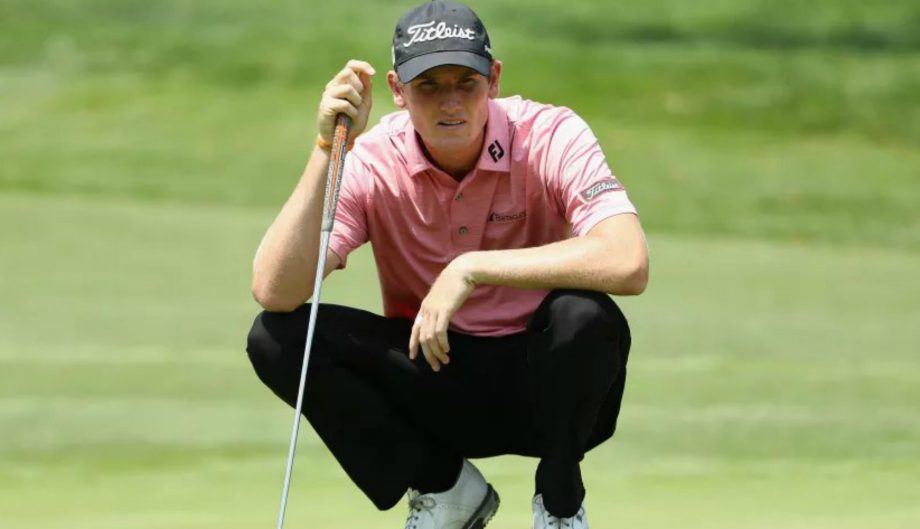 Osceola, Wisconsin’s Charlie Danielson shot a 7-under 64 on Saturday at Hylands Golf Club to take a one-stroke lead through three rounds at the National Capital Open to Support Our Troops, the ninth event of the 2017 Mackenzie Tour – PGA TOUR Canada season.

Danielson, a 23-year old former University of Illinois standout, birdied four of his first six holes and ended the day with eight birdies against just one bogey to lead by one shot over Burlington, Ontario’s Blair Hamilton, Dallas, Texas’ Kramer Hickok and Maysville, Kentucky’s Mark Blakefield heading into Sunday.

“I hit a lot of shots close. I got off to a great start and wedged some balls close to where I didn’t have to make many putts, and getting off to a nice start out here is key. I kind of kept it going the rest of the round,” said Danielson.

A closing par gives him a 7-under 64 and the clubhouse lead. pic.twitter.com/zMtHn0Qzuv

As a Wisconsinite who went to school in Illinois, Danielson said he’s used to playing his best golf during the summer months and relished the chance to build momentum on the Mackenzie Tour this summer. The first-year Mackenzie Tour member has finished in the top-15 in all three of his starts this season, including a T11 at the Players Cup.

“Coming up to Canada’s no different than what I grew up in my whole life, and even what I played in at college, so I’m used to the midwest weather. It’s all pretty normal for me,” said Danielson.

Now THAT'S a bounce back!@BlairHamilton12 drains the long birdie putt on 17 and gets back to 15-under ?? pic.twitter.com/SRWSvzZAZR

Hamilton is making his ninth start of the 2017 season as a member of the Mackenzie Tour and 12th career start overall. The former member of Golf Canada’s National Amateur Team earned conditional status at the 2017 British Columbia Q-School and has made two cuts in 2017, including a T20 finish at the Freedom 55 Financial Open.

“My putter’s kind of been bailing me out all week,” said Hamilton. “I’ve been putting in a lot of work lately, and it’s nice to see some putts fall in, and any time you get hot with the flatstick it makes things fun.”

Danielson was a four-time NCAA All-American at the University of Illinois, including a 1st team selection in 2016. He was named Big Ten Player of the Year in 2016 and was a semi-finalist for both the Jack Nicklaus and Ben Hogan Awards that season, and later qualified for the Genesis Open on the PGA TOUR by winning the College Showcase qualifier.

He earned conditional status with a T25 finish at the USA East #2 Q-School and has made three starts on the Mackenzie Tour this season. In all three of his starts, he has finished in the top-15, including a season-best T11 finish at the Players Cup. Danielson currently sits 51st on the Order of Merit.

Prior to this week, Danielson’s clubs and baggage were lost during travel, and his parents sent him a backup set composed of other clubs from his home in Wisconsin.

Hickok is in his first season on the Mackenzie Tour and ranks No. 3 on the Order of Merit thanks to a win at the Players Cup and a runner-up at the Staal Foundation Open presented by Tbaytel.

The University of Texas alum is a roommate of two-time major champion Jordan Spieth.

Hickok owns one pro win earlier this year on the Adams Tour and earned Mackenzie Tour status with a T15 finish at the British Columbia Q-School.

"Even though you have your 'C' game you can still play to an 'A' level."

Team Canada Amateur Squad member Jared du Toit is tied for 16th at 9 under par after a 1-under-par 70 in round three.