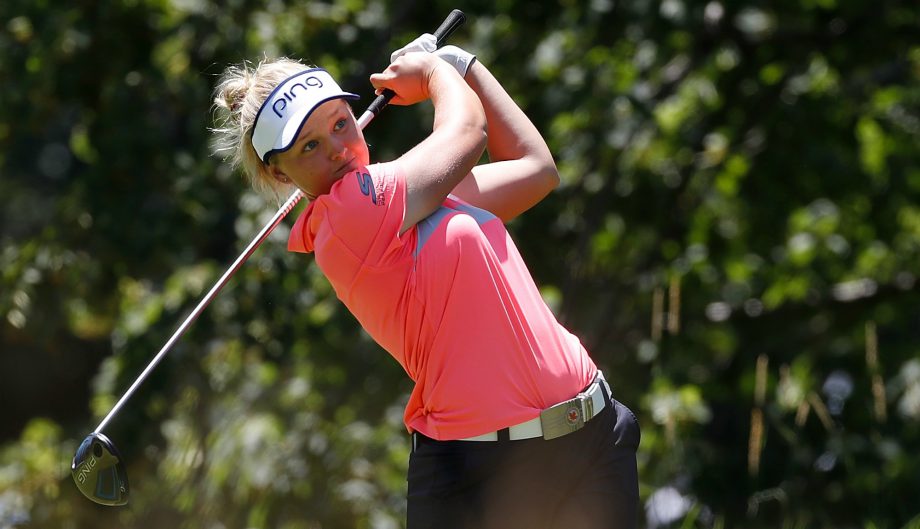 Kang bogeyed the tricky par-3 17th, and Henderson closed with two birdies to move into a tie for the lead, coming up just short on a 30-foot eagle putt on the par-5 18th. But Kang responded with two solid shots to get to the green in two, and then two-putted for the victory.

It was another great finish for the LPGA Tour’s second major of the season. The 19-year-old Henderson, from Smiths Falls, Ont., beat Lydia Ko in a playoff last year at Sahalee in Washington.

.@BrookeHenderson goes bogey-free to finish 2nd at the @KPMGWomensPGA! Watch highlights from her amazing round: pic.twitter.com/GKBaBd1fbE

The 24-year-old Kang trailed Henderson and Chella Choi by one after she bogeyed the par-4 10th at Olympia Fields. But she moved in front with four straight birdies on Nos. 11-14, getting hot with her putter at the right time.

Henderson made a strong bid for a second straight title in the event, jumping up the leaderboard three birdies in her first seven holes. But the Canadian had nine straight pars in the middle of the round.

Kang received some high-profile support as she tried for her first title since turning pro, hearing from Wayne Gretzky and Caitlyn Jenner _ friends from her days at Sherwood Country Club in California _ over the weekend. Four-time major winner Hollis Stacy also reached out, but it was some sage advice from brother Alex that set the tone for her breakout performance.

Feeling overwhelmed after her last practice round on the tree-lined course near Chicago, Kang called her brother to help formulate a game plan. Alex Kang, who plays on the Web.com Tour, told her to “just blast it down.”

Guided by that simple strategy, Kang posted four rounds in the 60s. The two-time U.S. Women’s Amateur champion had just five bogeys, with each of them coming in the final two rounds.

Thompson looked ready to make a charge, beginning with three birdies and no bogeys on her front nine. But she sputtered down the stretch.

Thompson contended for the first major title of the year, but was penalized for a controversial rules violation and lost to So Yeon Ryu in a playoff in the ANA Inspiration. The top-ranked Ryu shot a 72 in the final round at Olympia Fields and tied for 14th.