Daly collapses on course in Mississippi, taken to hospital 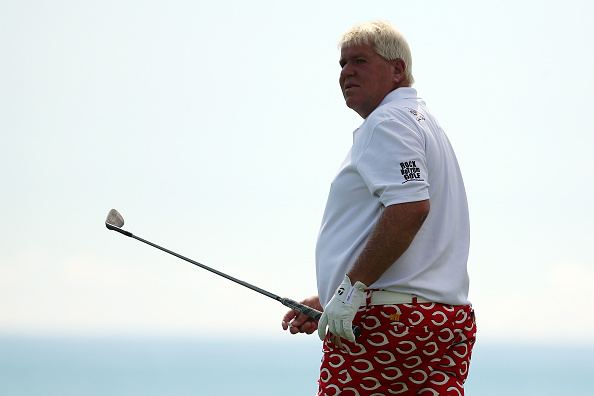 JACKSON, Miss. – John Daly collapsed near the end of a round of golf Saturday and was taken by ambulance to a hospital.

The 49-year-old Daly was playing in a small event at Deerfield Golf Club in Jackson’s northern suburbs.

Daly’s friend, Billy Allen, who was with Daly at the hospital, said the two-time major champion’s vital signs were good but doctors were checking on possible injuries to his ribs and fingers.

Deerfield club pro Leigh Brannan, who was at the tournament, said Daly was having trouble with the heat and had some difficulty breathing before being taken to the hospital. Temperatures were near 90 degrees in the Jackson area.

“He was struggling pretty badly right before he collapsed,” Brannan said. “But we’re all hoping it’s nothing serious and that he was just a little dehydrated. He was even telling (Allen) he still wants to play (Sunday).”

Daly’s hard-living ways have been well documented during a colorful career on the PGA Tour. He most recently made headlines after throwing his 6-iron into Lake Michigan during the PGA Championship after hitting three balls into the water.