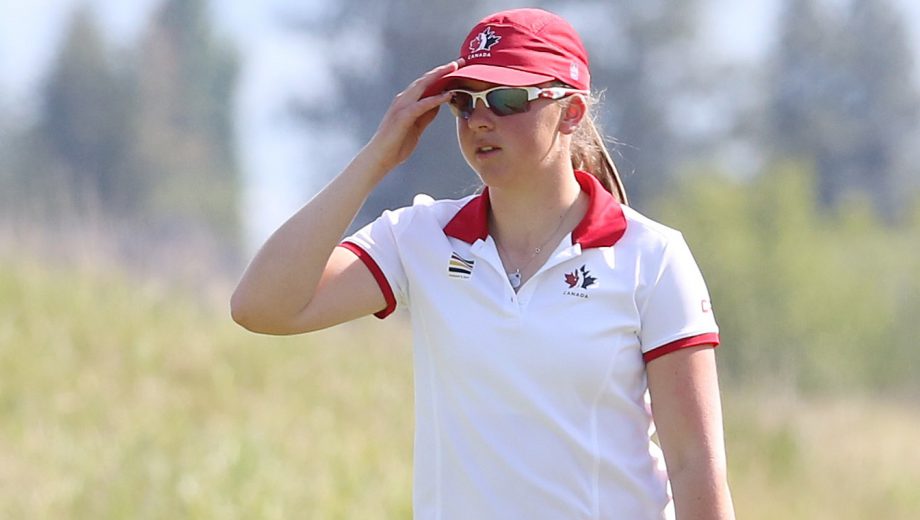 Chloe Currie of Mississauga, Ont., has already had the kind of season that most junior golfers dream of, but later this month she’ll get to experience the proverbial ‘cherry on top’ of a fine year.

The 16-year-old was just recently chosen to represent Canada at the World Junior Girls Championship at Mississaugua Golf & Country Club – her home course.

“Everybody I know at the club is so thrilled,” says Currie. “They’ve been incredibly supportive of me and Team Canada and the whole event in general. Having everybody there is going to be incredible.”

Earlier this summer Currie defended her Investors Group Ontario Junior Girls’ Golf Championship, becoming just the fifth golfer in history to accomplish that feat. Names like Sandra Post, Alena Sharp, Marlene Stewart Streit, and Brooke Henderson are the others who have pulled that feat.

Currie began to play at Mississaugua nearly a decade ago and has been climbing the junior ranks since she was a youngster. She was on Team Ontario for two years before being selected to Golf Canada’s Developmental Squad this year.

Nick Starchuk, the Head Teaching Professional at Mississaugua and coach to Currie, says having her in the field has the potential to be ‘huge for the club’ and Currie knows despite the fact the event is being played at her club, she’s going to treat the event like any other.

“You go away to a tournament, and the members ask or they’ll look (the scores) up online and text or email me, but they’ve never seen it for real,” Currie explains. “It’ll be cool for them to enter my little world.”

Currie, who has verbally committed to the College of Charleston in South Carolina, first thought that her high school – which is only 15 minutes away from the course – was going to have some days off to watch her play. That’s not the case, as it’s still early in the school year, but Currie has been told a number of her friends will be coming to watch her anyway.

“I know there’s a big group that wants to. We’ve been joking about it but I don’t know if it’s actually going to happen,” she says with a laugh. “I know the guys that I’m friends with who are members at Mississaugua – the rest of the juniors – they want to take a day or two off to come and watch.”

And although Currie is focused on a good result, there’s part of her that knows just by participating in front of her home club, she has an opportunity to have an impact on the next generation of golfers.

“That’s what’s cool,” states Currie. “Brooke (Henderson) obviously has inspired so many girls, but she’s inspired me too. I remember when she was playing in (the World Junior Girls Championship) at Angus Glen (in 2014). I remember reading and hearing about that. Brooke was only here two years ago, and it’s kind of incredible that I’m here now.”

Currie says there are two girls at Mississaugua who are less than 10 years old who are ‘so good,’ and Currie knows they are looking up to her.

“That’s what I did when I was nine and 10. They’re adorable and they look up to me, I’ve seen it. It’s cool that now, hopefully, I’m inspiring them a little bit,” she explains. “It’s cool to be inspired yourself, and then you hope that you give it back a little bit too.”

And regardless of her finish, she knows it will be nice to have the club behind her.

“To be able to share this experience with everyone who has been incredibly kind as I was growing up – I mean, they saw me on the range when I was a little girl and now I’m 16, doing this,” Currie says. “It’s pretty cool.”